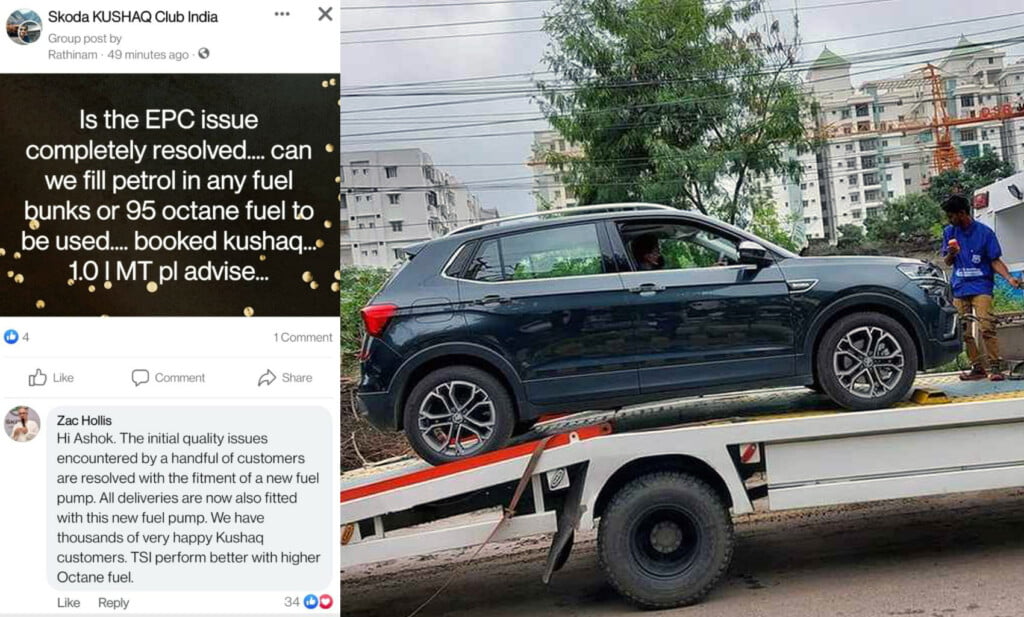 Zac Hollis confirms the end of the EPC problem but recommends premium fuel!

Zac Hollis confirms the end of the dreaded EPC problem in Skoda Kushaq SUVs. This has plagued the Czech automaker for some time now. But what is the cost? Read the details!

Zac Hollis has confirmed that the horrible EPC error issue in Skoda Kushaq SUVs has been fixed permanently. Many customers had shared their horror stories about it over the past few months. The Kushaq was a crucial product for Skoda as it was built on a completely Indianized MQB A0 IN platform which will also power many future products from Skoda and Volkswagen. The Taigun was the second product on the same platform and shares a ton of components with the Kushaq. Hence, it becomes necessary to make sure that no problem arises with these cars as it could be detrimental to the future of these brands in India. Let’s see the details of what Zac Hollis said.

Zac Hollis confirms the end of the EPC problem

According to this comment he made to a potential customer, he assures that all new deliveries of the Kushaq will be fitted with the new, more robust fuel pump. This will ensure that the EPC problem will not happen again. Also, the man asks if it is essential to use 95 octane gasoline with the Kushaq? To this, Zac responds that the Kushaq’s TSI engines run best on higher octane fuel, which suggests that it should ideally be used. This is quite surprising since most traditional car manufacturers calibrate their cars to run well on regular fuel. Opting for a high octane fuel will increase the inconvenience of finding a suitable gas pump and also cost more in terms of price than regular gasoline.

Renault unveils its next compact SUV