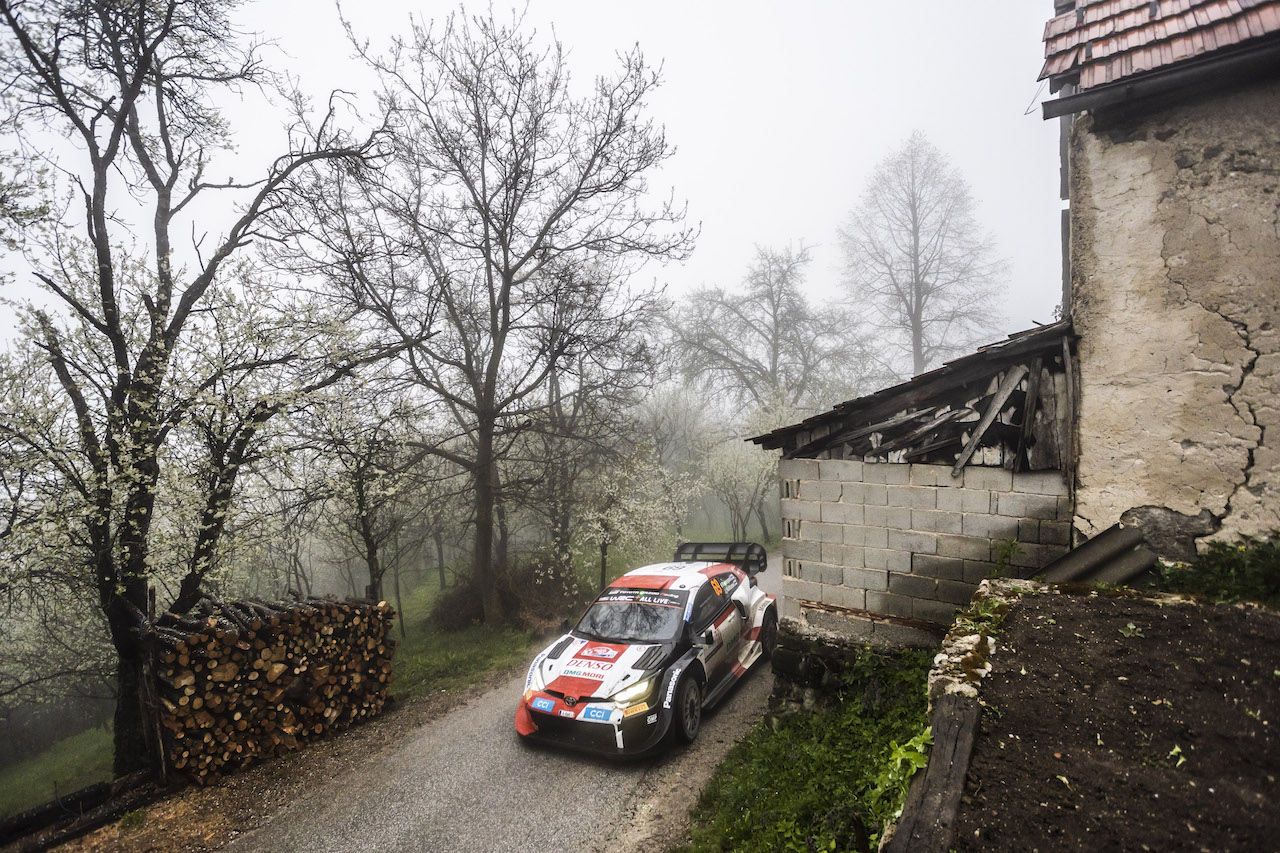 Kalle Rovanperä was beaten by his opponents on the perilous first stage of Rally Croatia on Friday to build a convincing lead of more than a minute.

Despite rain, mud and mist in the hills west of the capital Zagreb, he won six of eight tarmac stages in a Toyota GR Yaris to edge a resilient Thierry Neuville by 1m04.0s.

FIA World Rally Championship leader Rovanperä thrived in tough conditions. He won three of the morning’s four tries to lead by 47.5 seconds, an advantage he stretched during an equally dominant afternoon.

Having missed out on valuable experience when he crashed in the opening kilometers of Croatia’s WRC debut 12 months ago, the Finn feared he would be at a disadvantage. But first in the starting order helped as the conditions gradually worsened as each car dragged mud on the road.

“It was probably one of my best days in a rally car,” Rovanperä said at the end of Friday’s action. “It’s always nice to have a lead but it’s also difficult to have a big lead like that. Tomorrow is a long day so I still have to drive fast to stay focused.

Neuville endured a day of mixed fortunes. The Belgian finished the first quartet of practice 12.5 seconds off the lead, but a broken alternator belt in the engine of his Hyundai i20 N brought the car to a halt twice as he headed downhill. assistance in Zagreb.

Neuville and co-driver Martijn Wydaeghe pushed the car for the final 800m. The exhausted pair fell to the ground arriving four minutes late and a 40-second penalty dropped them to fourth. A lively afternoon, including the best time of the final stage, propelled them to second place and they are 19.3 seconds clear of team-mate Ott Tänak going into day two.

The Estonian’s low starting position hampered him, as well as a puncture on the penultimate stage, but the former world champion settled for third place.

Despite rounding a bend and just missing a water hydrant, Craig Breen finished fourth for his first time in a Ford Puma in the wet. The Irishman is 11.9 seconds behind after the first stage.

Oliver Solberg was delayed by a spin and was lucky to survive an impact on a water-filled corner en route to fifth in his i20 N. He was over a minute behind Breen and 10.6 seconds behind Evans, who denied Rovanperä sweep of the morning stage wins.

It was the Welshman’s only joy as two punctures on his GR Yaris cost him valuable time. He was almost 40 seconds ahead of the similar car of an unconfident Takamoto Katsuta.

The worst was Esapekka Lappi who abandoned his GR Yaris in the first stage after cutting a rock and destroying the front right corner.

Breen’s efforts aside, it was a frustrating day for M-Sport Ford. Adrien Fourmaux exited after sliding his Puma through a hedge in a roadside garden, while Pierre-Louis Loubet and Gus Greensmith exited when three punctures left them without usable tires on board.

Saturday’s second stage follows a similar format to Friday’s with four stages contested in the morning and afternoon over the same territory, except for the penultimate event of each loop which heads further out. west towards the Adriatic coast town of Rijeka. The eight stages cover 116.98km with the start of the day’s first stage at 07:43 CET.

Let’s have an honest debate about switching to renewable energy | News, Sports, Jobs