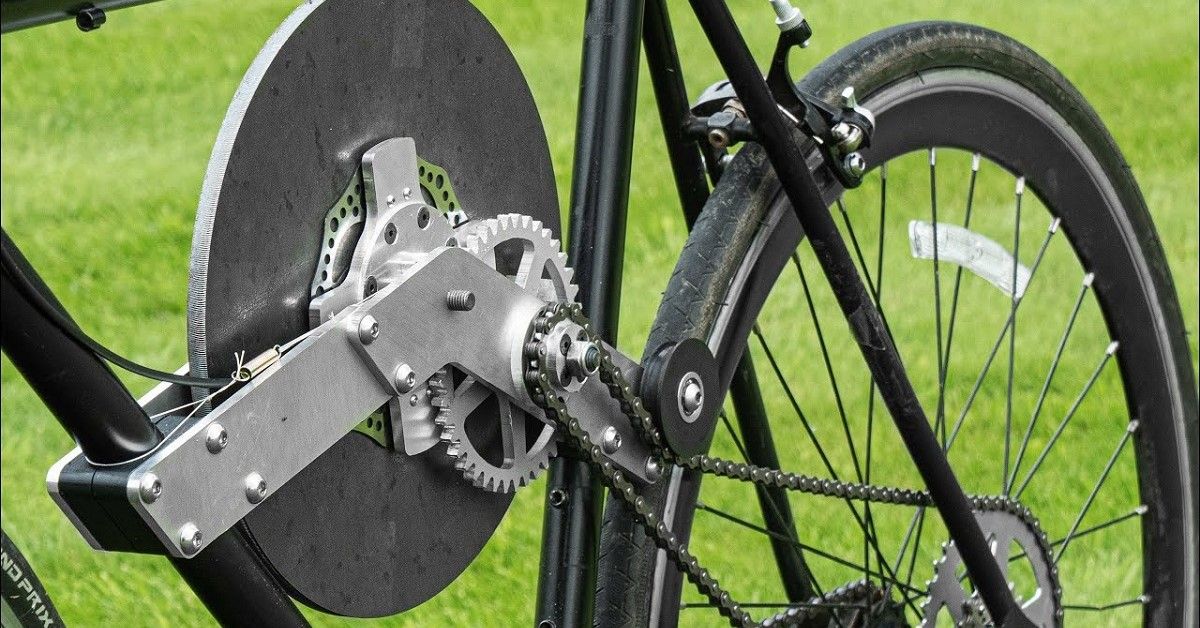 We invented the wheel, but it didn’t end there. It wasn’t a finished product or a job well done, it was the first part of an ever-evolving transport mechanism.

Since animals were the driving force behind wheeled transportation, we had a relentless need to make our vehicles go further, faster, and for less money or labor. Finally, we added our environment to the criteria for improving the car.

The post-industrial revolution, we saw steam and then fossil fuels, which will become the mainstay of mass-produced automation to this day. As we started to maximize the capabilities and stats of gasoline and diesel cars, smart people looked at adding new parts to improve engines and thus improve our cars.

Over the past century we’ve been busy – it has become a priority to save more on burnt fuel – and range extenders have become a thing. We also wanted to know precisely: were there simple and easy to implement solutions to move vehicles that did not cost the earth?

Flywheels have risen and fallen repeatedly in the automotive industry as a potential power source as well as a range extender.

In principle, a flywheel is a spinning disc – and they’ve been around in cars from the start. With the transmission of a car, it forms a connection between the engine and the gearbox (via the clutch).

But it does not have its own power, it spins with the output shaft of the motor and keeps running smoothly.

We do know, however, that if you spin a sufficiently rigid and ballasted disc or wheel to a high speed, it can temporarily hold much of that kinetic energy already expended to spin it, and if the bearings and all parts are up to scratch, it can be made even more effective.

Due to the weight of the spinning wheel, its speed and centrifugal forces work together to keep it moving despite weaker forces opposing it.

The theory is that you can recover some of the energy in the form of heat (like in a brake pad on a wheel) or kinetic energy by re-coupling it with something.

You will almost certainly remember the little cars from childhood which after turning the wheels manually by moving them forward several times; accelerates a short distance, under inertia, built in a hidden mechanism. It is a similar system for children.

The simple science behind it

The first application of this system is to store energy, from the charging phase, then to save it for later use, either for general use – as you would use a battery – or simply to help a vehicle for example. during acceleration.

In the case of the first, we arrive at the Gyro bus.

A very interesting solution that could have been implemented in cars if resources allowed; a heavy flywheel (tons of weight) on an axis is driven by an on-board motor, powered only by an overhead wire, above a bus stop for example.

It spins while passengers board or disembark, and after 30 to 180 seconds the bus can exit the stop – by disconnecting from the overhead charger – and run only on electricity from the flywheel while it is operating at upside down, returning its energy to the generator.

Firstly, top speed in town was good between 30-40mph (depending on load etc), but a peak of 3-4 miles between charges meant full power was theoretically only continuously available for 7 minutes. Quite possibly if you have charging points scattered along the route.

Second – and perhaps most important – this design is ideal from two points of view. Its operation is simple, its integration and maintenance are undoubtedly relatively inexpensive; and does not use rare or toxic materials like in a standard battery.

Unfortunately, the idea did not take off because, since its use in Europe in the late 1950s, it was abandoned due to its weight and low efficiency.

What if we reduced the flywheel and loaded it with energy already lost when braking a vehicle? It would be an independent and autonomous system.

For the common or garden bike, a small flywheel loaded during braking can then provide enough power to help the rider when needed, such as when starting. It could also be a good acceleration tool, like the nitrous boost seen in The Fast And The Furious.

Introduced as a racing aid to recover braking energy and release it when needed as extra power, it got the name KERS and after starting in F1 it jumped into other cars like the Audi R18 racing car and the Porsche 911 GT3 R Hybrid, using the same principles as the Gyro bus, without the catenaries.

For the 2013 R18 E-Tron Quattro, the system effectively gives the car 4WD (Quattro) or bursts of acceleration. More recently, KERS racing systems have replaced the flywheel with battery storage systems.

That’s not all for the flywheel. – London buses will also potentially benefit from huge flywheels, according to Wired, reload under braking and let go if necessary.

From KERS to the extension of the range

Now let’s move on to something a little different – a lineup of cars and hybrids.

Typically, the ICE (Internal Combustion Engines) range has been extended using a hybrid system. For vehicles that used an electric transmission as the driving force, auxiliary ICE motors (including Wankel motors) were sometimes added to act as a generator to increase driving distance (range) if the batteries were too low. However, this is unlikely to be an issue with the Lucid Air EV and its 500 mile range.

Some automakers have also played around with flywheels, but ultimately extending the range of an EV is not viable with a flywheel as they can already recover energy using a system. electric KERS directly into the battery when the car is braking or coasting.

The humble flywheel, however, could still be a viable tool for light vehicles like bicycles and motorcycles, or heavy vehicles that could benefit from acceleration when starting from a standstill.

In fact, flywheels are used in many different applications including wind turbines and industrial machinery, so they are not limited to our children’s toy Ferraris and Lamborghinis.

If you’re not yet ready for an EV, there are plenty of plug-in hybrids available to help you reduce your carbon footprint.

Hailing from Great Britain, home of MG and Aston Martin, Dave is no stranger to sports cars. Or a little rain. When he’s not busy doing his day job or writing songs and pretending to be a musician; Dave indulges his obsession with cars by writing and researching diligently, so he can educate and convert others to the dark side.