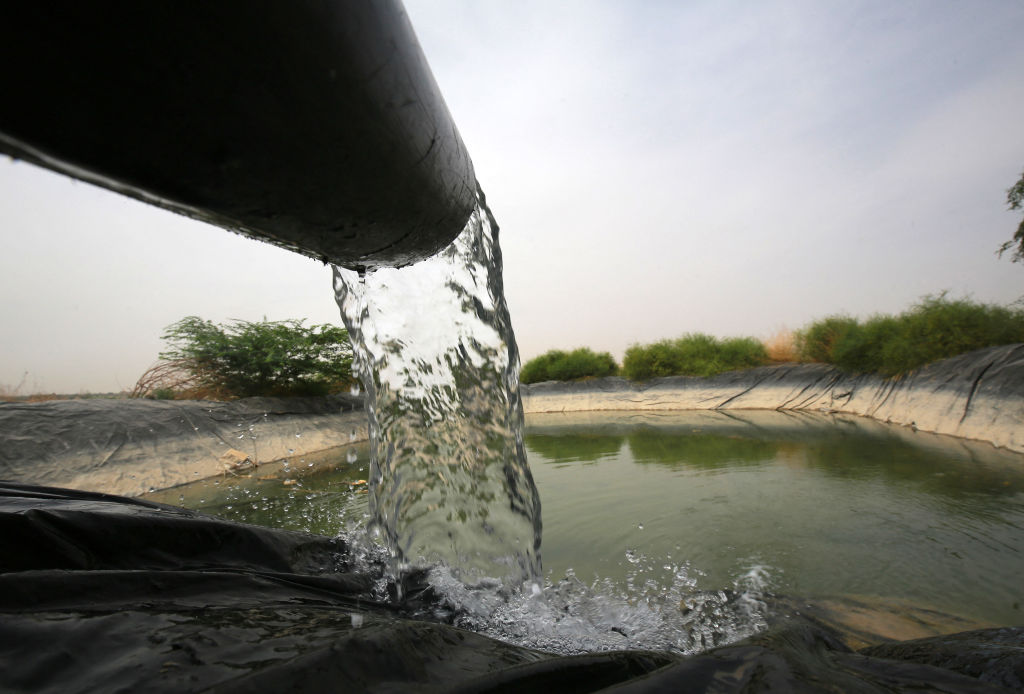 The climate crisis is both a multiplier of current security crises and a driver of new threats. According to Gidon Bromberg, the Israeli director of EcoPeace Middle East, the only NGO in the world that combines environmentalism and peacebuilding, this relationship between worsening climate and conflict means that the two must be tackled together.

At the end of 2021, Israel, Jordan and the United Arab Emirates signed a declaration of intent which was a world first – an agreement to move forward on the “green-blue deal” which would see the United Arab Emirates build solar farms in Jordan to produce energy that would supply energy-poor Israel, in exchange for water produced by the expansion of Israel’s state-of-the-art desalination facilities on the Mediterranean.

That this agreement was struck between three countries that have had extremely difficult relationships historically speaks to the strategic imperatives of climate change, Bromberg says.

EcoPeace has championed the “blue green” approach for many years and has been instrumental in providing research and advocacy support for the Israel-Jordan-UAE agreement. And at the end of January, the organization informed the UN Security Council of the imperative to extend the green-blue approach to the entire Middle East region.

“It’s truly a groundbreaking deal,” Bromberg says. “For the first time, countries are saying they are ready to be at least partially dependent on their neighbor in a neighborhood where the countries have seen each other as enemies.”

The inspiration behind the green-blue concept came from the lessons of post-WWII Europe, in particular the Coal and Steel Agreement which was intended to keep historical antagonists out of at war again by combining their national resource advantages to the benefit of both countries. . “The equivalent in the Middle East is to harness the respective advantages of the sun and the sea,” says Bromberg.

But, he said, this breakthrough could happen because, for the first time, there is a real alignment of security, political and economic interests in the three countries.

Along with growing alarm over climate change in a region that will suffer some of the most devastating effects, a new government in Israel has authorized a reset of relations with King Abdullah II of Jordan, whose long-time wife Queen Rania a supporter of building a green and sustainable economy in the Middle East.

Another critical factor is that the economy now makes sense. “The deal doesn’t require donor assistance. And that has helped move the deal forward very quickly,” Bromberg says. And while governments are still working out the fine details, “there is a powerful economic engine and geopolitics that gets things done”.

Middle Eastern countries realize that in a warming world, they will no longer be able to guarantee an adequate supply of water for agriculture and human consumption without creating what Bromberg calls “healthy interdependencies”.

If in the past countries have organized their security around resistance to an external enemy, the climate crisis means that the legitimacy of national security will depend on the ability of governments to achieve resilience to climate change.

And since no country can achieve lasting climate resilience alone, traditional enmities may have to fade if nations are to survive.

That understanding could animate reported Saudi attempts to unravel the nascent deal by offering to replace Israel as the source of desalinated water. Bromberg is inclined to take an optimistic view that this represents healthy competition for climate leadership in the Middle East.

The Saudis have worked hard to push back the phasing out of fossil fuels. But now there are signals, like the new “Saudi green initiative”, that the kingdom’s leaders are realizing that it must at least appear to be part of the inevitable global transition to cleaner and cheaper energy.

Unfortunately, the plan appears to involve greening Saudi Arabia’s energy consumption while continuing to develop and export oil and gas for decades to come. In a world moving away from fossil fuels, Saudi Arabia is betting Russian and American supplies will collapse over the next 20 years, allowing Saudi Aramco to fill the void.

But any delay in phasing out fossil fuels will jeopardize the imperative to limit global warming to 1.5°C. And failure to mitigate will hit countries on the Arabian Peninsula hard and could render many cities uninhabitable. Warming on the peninsula is well above the global average.

Saudi Arabia has no permanent water sources and groundwater is dwindling to dangerously low levels, threatening agricultural production. At the same time, demographic trends will lead to an increase in water demand over the next two decades. Experiments are underway to replace groundwater with desalinated water in agriculture, but have not yet proven to be cost-effective.

That’s one of the reasons Bromberg advocated for a green-blue regional deal that encompasses the Euphrates, Tigris and Nile regions at the UN Security Council in January.

But Bromberg also urged the Security Council to take a stronger leadership role in the climate crisis.

“It is very urgent that the Security Council recognize that the climate crisis is a threat to peace,” he said.

“This cannot be highlighted more clearly than in the case of the Middle East, where water insecurity is an underlying problem for so many conflicts in our region, including Israel and Palestine, the Syria and Ethiopia, but also Iraq, Turkey, Egypt and Ethiopia”. .’

He wants the Security Council to declare the climate crisis a threat to global security under Article 39, making climate part of the body’s security mandate.

Furthermore, he said that the Security Council should reorient certain UN instruments such as the Eastern Mediterranean Gas Forum to facilitate regional agreements on clean energy and climate resilience which he believes will support the future security of the region.

“The forum was built on the concept of transferring the natural gas found in the eastern Mediterranean to European markets, but the climate crisis means we need to transform the forum into a forum for renewable energy and climate security.

“It includes interesting countries like Egypt, the Palestinian Authority, Jordan, Israel, Cyprus and Greece and has a special status vis-à-vis the EU, the United States and the United Arab Emirates. So that can be the institution that can help move these issues forward.

But can green and blue water-for-energy approaches be used beyond the Middle East? Bromberg says yes, although this remains uncharted territory.

“There is a bit of work that I know of in Africa and the Caucasus. But more resources need to be invested in understanding the relationship between climate and peace so that we can learn the lessons we have been able to develop from the Middle East to other parts of the world.