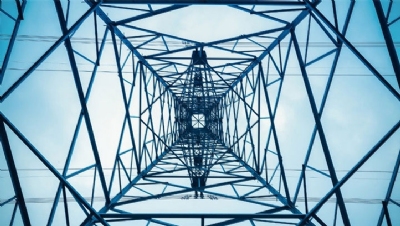 British Prime Minister Boris Johnson has said the government intends to develop plans to shift all power generation to clean sources by 2035.

This would mean that the country’s entire electricity production mix would be represented by renewable energies – mainly wind and solar – as well as nuclear. During each month in 2020, an average of 41% of production was accounted for by these sources, according to the National Grid Energy System Operator (ESO).

Johnson said: “We can do for all of our energy production by 2035 what we do with internal combustion engine vehicles by 2030.

“From 2030 you will no longer be able to buy a new car with an internal combustion engine running on hydrocarbons and we will switch to either electric vehicles (EVs) or vehicles powered by hydrogen or clean energy. one sort or another. … And what we’re also saying is that by 2035, looking at the progress we’re making in wind energy – where we are currently the world leader in offshore wind – looking at what we can do with it. other renewable sources, carbon capture and storage with hydrogen potentially, we believe we can complete clean energy production by 2035. “

The recent International Energy Agency (IEA) roadmap for a global net zero energy system by 2050 indicated that advanced economies such as the UK should aim for net zero electricity by 2035 Canada and the United States have already set such targets. The UK therefore felt pressure to follow suit as host of COP26.

In addition to highlighting the low-carbon benefit of ending gas-fired electricity generation, Johnson said the move would protect consumers from fluctuations in gas import prices.

Wholesale gas prices are up 250% from January levels, with prices rising at least 70% since August alone. Soaring prices have forced several small suppliers to close their doors in recent weeks. This trend has prompted many companies, industry bodies and think tanks to urge ministers to firm up their plans for more nuclear and renewable generation.

Johnson’s speech doesn’t mean the new target is still legally binding. It could well be part of the next Net-Zero strategy, which is scheduled for publication before the official opening of COP26 on October 31.

Reacting to Johnson’s speech, University of Sussex energy policy lecturer Dr Matthew Lockwood said: It is positive that the government is responding to it.

“The challenge is that a lot of the government’s plans focus on wind power, which is intermittent. This raises the question of how production is going to be adapted to demand, both in the short term and over the seasons. The details of government proposals that have been made public so far indicate that nuclear will provide baseload capacity “to cope with varying supply and demand,” but that really doesn’t make sense as the Nuclear power cannot be scaled up and down if you want to keep costs low, so they’re not a good match technically.

“In practice, the answer will be a mix of demand response, short-term battery storage, and some form of inter-seasonal storage, which may or may not be hydrogen. This plan makes storage and responding to demand a top priority, so if the plan is to work that should be the next major focus.

Greenpeace UK chief scientist Doug Parr agreed, adding: “All senior politicians have now realized that gas must be taken out of the electricity system. This awareness is to be welcomed, as is the 2035 decarbonisation objective.

“But the government remains unhealthy attached to nuclear technology, hoping against any experience that it will improve to the point of becoming competitive with renewables.

“As we’ve learned over the past 70 years, nuclear just doesn’t cost less. The case for large-scale reactors is weakening by the day as it becomes more and more evident that the future of energy is a decentralized and flexible grid that uses new storage technologies whose costs are declining sharply, as well as inexpensive and rapidly deployable technologies. renewable. “

The right fuel: focus on hybrids alongside electric vehicles