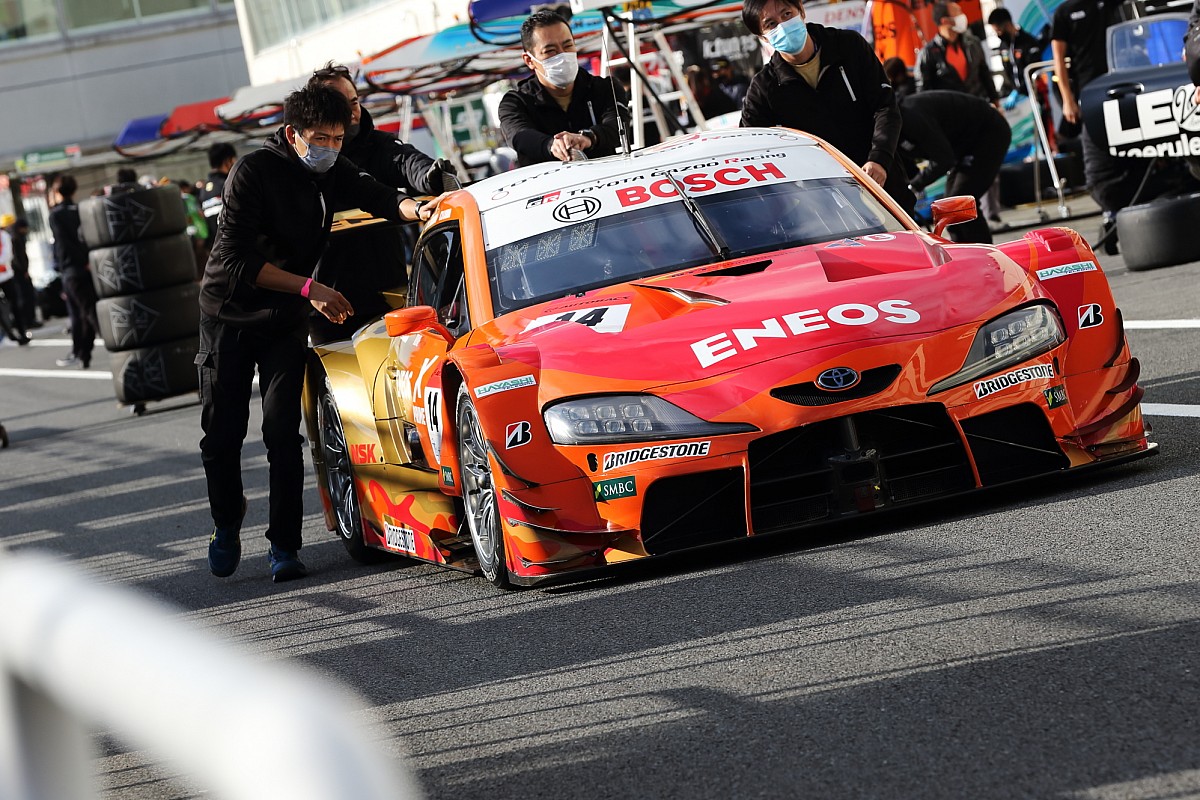 Only two of the six GR Supras made it to the finish in Sugo’s race last month, with # 19 Racing Project Bandoh, # 38 Cerumo and # 14 Rookie Racing cars all dropping out due to mechanical issues, while car # 37 TOM’S has been eliminated. late following contact with the # 39 SARD Supra.

Motorsport.com announced last week that the No.37 and No.38 Toyotas are due to take on new engines for Autopolis as a result of the issues, and a bulletin released Friday night confirmed that both cars, as well as the Supra no. Â° 14, had indeed taken their third power units of the season.

SUPER GT rules dictate that GT500 crews can only use two engines per season, and Toyota had already introduced a second engine for its six cars at Sugo.

This means that all three crews – Ryo Hirakawa / Sacha Fenestraz (# 37), Yuji Tachikawa / Hiroaki Ishiura (# 38) and Kazuya Oshima / Kenta Yamashita (# 14) – will have to serve five-second stop and start penalties. during the race.

Sugo’s abandonment of the # 19 Bandoh machine was caused by a fuel leak, but cars # 38 and # 14 both suffered turbo failure due to debris stuck in the air intake system. .

Takahiro Sasaki, head of TCD’s engine department, said this issue affected the six Supras to some extent and that steps had been taken to prevent the issues from recurring at Autopolis.

“There was more debris than expected [at Sugo] and that meant the air filters got clogged, which caused issues with the turbo and engine, â€Sasaki told the Japanese edition of Motorsport.com. â€œIt affected all of the Supras.

“Considering that we raced at Sugo with no issues in the Lexus LC and RC F days, it looks like the problem is on the body side, so [Kazumoto] Yuasa [TCD head of car development] took countermeasures. “

Besides the three Toyotas, also facing a stop-and-go penalty in Sunday’s race, the # 360 Tomei Sports Nissan GT-R NISMO GT3 had to get a new chassis for Autopolis. The team was disqualified from the last race at Sugo for ignoring a pit violation penalty.

Is it worth the cost of title loans?