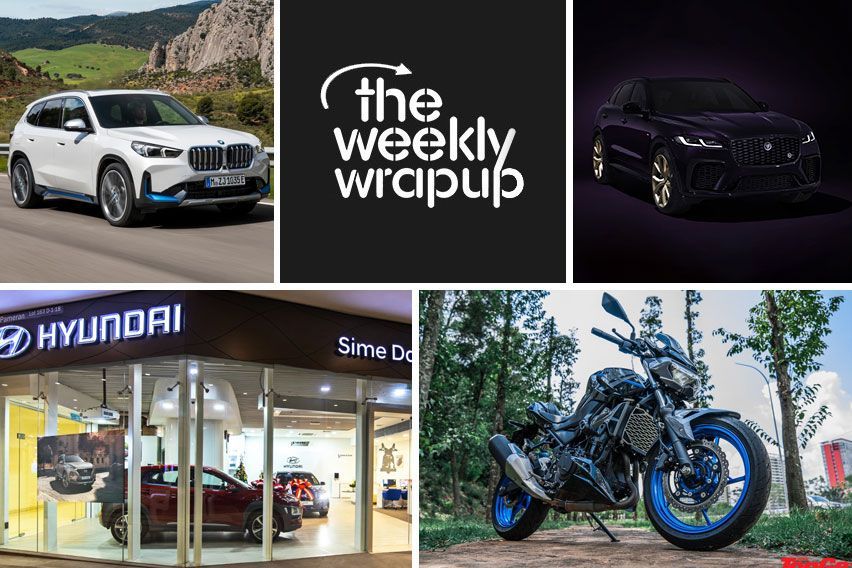 A lot has happened this week, especially in the Malaysian car market. With so many new launches, it’s surely an exciting time. Let’s take a look at the main events that happened in the market in the past week, followed by some international news.

Launch of the 2022 Mercedes-Benz EBQ350 4MATIC: Mercedes-Benz Malaysia launched three EQ models in the country this week, one of which is the EQB350 4MATIC with an estimated starting price of RM330,000. The Seven-seater SUV is powered by a twin motor that delivers a maximum power of 292 PS and 520 Nm of torque. The electric vehicle can sprint from 0 to 100 km/h in 6.2 seconds and reach a top speed of 160 km/h.

Launch of the 2022 Mercedes-Benz EQC400 AMG Line 4MATIC: Mercedes-Benz Malaysia range now includes first-ever all-electric EQC. With an estimated price of RM390,000, the EQC400 AMG Line 4MATIC is the automaker’s first all-electric production car. The car’s twin-motor configuration develops 408hp and 760Nm of torque and helps the EV complete the sprint of the century in 5.1 seconds and reach a top speed of 180km/h.

Launch of Perodua Alza 2022: One of the major launches of the week and probably of the quarter is Perodua’s minivan, the Alza. Based on the Toyota Avanza, the new Alza is offered in three variants – X, H and AV. With its price starting at RM 68,000 and going up to RM 75,500; all versions are powered by the same naturally aspirated 1.5-litre four-cylinder petrol engine developing 105 hp and 138 Nm of torque.

The 2022 Yamaha NMax gets new color options: Yamaha Malaysia offer the 2022 NMax in two vibrant colors – Matt Green and Matt Blue. Priced at RM9,498, the new NMax is powered by a 155cc SOHC VVA single-cylinder engine developing a maximum power of 14.9PS and a maximum torque of 14.4Nm.

The all-new Honda Civic Type R unveiled: Celebrating 25 years of iconic existence in the automotive industry, Honda has unveiled the new City Type R which features a more mature look than its predecessor. On the outside, it features a large rear spoiler, vented bonnet, large wheels, red Honda badge, 19-inch matte black alloys and a historic championship white paint job exclusive to the Type R. Inside, the car features the typical Type R red trim on the seat and carpet. It’s powered by the proven 2.0-liter turbocharged inline-four engine and mated to a 6-speed manual transmission.

The 2023 Porsche Taycan gets a software update: Porsche has announced a new software update for the Taycan 2023. This update will not only improve the performance of the car, but also improve its charging efficiency and comfort level. In case you were wondering, the update is completely free.

Launch of the all-new Nissan X-Trail in Japan: Nissan introduced the 4th generation X-Trail in Japan. The car features a new design language, a redesigned platform and a high level of quietness in the cabin. It is powered by a 2nd generation e-Power hybrid system with a gasoline mill (serves as a generator to produce electricity). Its spec kit includes – Nissan Safety Assist 360, adaptive LED headlights, 12.3-inch Advanced Driver Assist display, Bose premium audio system, 10.8-inch head-up display and more.

New Suzuki Grand Vitara unveiled: The all-new Suzuki Vitara SUV was unveiled in India this week. Conceptualized, developed and engineered by Suzuki, it will be manufactured in India.
Developed as a global flagship SUV, it showcases the best of the brand’s work, whether it’s design, technology or performance.

Porsche 911 GT2 RS Clubsport sold out: Built in collaboration with Manthey Racing, the 911 GT2 RS Clubsport 25 celebrates the team’s 25th anniversary. Limited to just 30 units, the car is now completely sold out. It is powered by a 3.8-liter twin-turbocharged flat-six engine developing a maximum output of 690 hp. The transmission is sent to the rear wheels via a 7-speed PDK gearbox.

That’s all for the moment. Stay tuned with Zigwheels for the latest updates on local and international automotive and motor related news.

Guardians of the Galaxy star Chris Pratt’s automobile collection is…