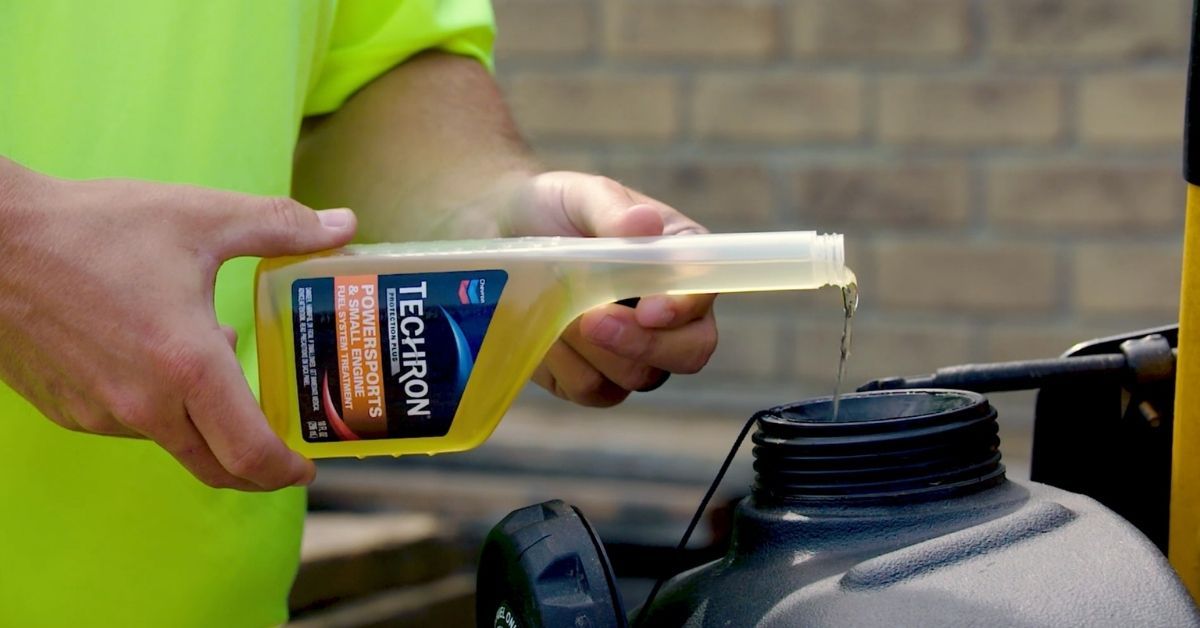 This is how a Techron fuel system cleaner works

Staying on top of vehicle maintenance is an essential aspect of car ownership. We don’t want to spend thousands of dollars on an expensive ride and then let it fall apart.

Keeping your vehicle running smoothly will increase its lifespan while ensuring that it is as fun to drive as the first day you got behind the wheel. One way to make sure that we keep our cars in their best condition is to clean the fuel system from time to time.

This cleaner has been proven to be effective, and in this article, we’re going to explain how a Techron fuel system cleaner works.

RELATED: Here’s How To Fix A Car DIY (In Four Easy Methods)

What is Techron Fuel System Cleaner?

Techron is a fuel additive that is combined with strong detergents that clean the inner workings of an engine. With a build-up of dirt deposits from a car’s fuel intake system, engines can clog and eventually become inefficient. By adding Techron to your car’s system, you can reduce the level of deposits left inside your engine’s combustion chamber.

Unfortunately, it’s almost impossible to prevent fuel deposits from building up inside your engine. They are caused by the normal functions of a combustion engine which creates carbon deposits throughout the car’s fuel system. If dirt and gravel become too prominent, the fuel intake filters will become clogged and reduce the efficiency of your car.

Fuel intakes require clear filters to do their job efficiently. Without clean filters, fuel does not flow through our engines at the correct pressure, which can cause driving problems.

Common problems with clogged fuel injectors include spray engines, not starting, and drastically reduced fuel efficiency. If the problem is left untreated for too long, the deposits get into the piston chambers of the engine, causing them to grind up and cause irreparable damage.

If your car has performance issues related to a bad fuel pump, a Techron fuel system cleaner may be of help. It is easy to use and simply adds to your vehicle’s fuel tank.

Techron works by targeting carbon deposits in your car’s fuel tank with its powerful combination of detergents. By breaking them up into small pieces, these carbon deposits will flow straight out of your car, rather than linger to cause damage.

With continued use of a Techron fuel system cleaner, your engine parts will become cleaner and more efficient over time. With cleaner fuel, your engine can run more efficiently, optimizing your vehicle’s performance, power and fuel economy.

This may seem like a problem only for older cars, but newer cars can also suffer from the effects of dirty fuel being pumped into their engines. New cars often run at higher temperatures than old ones thanks to advancements in technology. However, this can make new cars vulnerable to deposit build-up.

In fact, during the first few thousand miles a new car is sometimes vulnerable to many small deposits that build up in a fuel injector. Because the holes in modern fuel injectors are getting smaller and more numerous, they can become clogged with smaller carbon deposits than in older vehicles. Techron works with both new and old cars, so it’s safe to start using it from day one.

RELATED: These Are the Most Common Causes of a Bad Fuel Pump

How often should I use a fuel system cleaner?

We regularly fill our cars with gasoline or diesel, especially if we use them to commute to work. It may mean that we visit the gas station once or twice a week, but Techron Fuel System Cleaner does not need to be applied every time.

There’s no need to flood your fuel tank with this cleaner, as putting too much of it won’t make it run better. Instead, it’s best to put Techron in your fuel system every six months or so.

Texaco recommends using Techron products every 6,000 miles, which they say is about six months. You can determine how often you need to put fuel system cleaner in your tank based on your annual mileage. If, for example, you drive 18,000 miles per year, then every four months would be a more appropriate time to use Techron.

Signs that you may need to use Techron

As mentioned, Techron is useful in removing carbon deposits from your fuel injection system. While regular use of Techron is recommended, if you just want to use it when needed, there are certain signs that you should look for.

If your car has trouble turning when you turn on the ignition, it may be a sign that enough fuel is not reaching the starter motor. This could be caused by a buildup of carbon deposit in the system and using Techron could be an inexpensive way to fix the issue.

You may start to hear clicking or clicking noises from your engine, which are caused by inefficient combustion. Cars that find it difficult to run at higher speeds or under stress, such as at maximum capacity, could have fuel injector issues. Likewise, idling spitting or swerving at any time are signs that your fuel system might need a little cleaning.

Techron can also help improve the fuel efficiency of your car through its cleaning properties. Poor quality fuel is the most common cause of carbon deposits in the fuel system, but Techron helps remove them.

Here’s what we love about the 1984 Chrysler minivan

It’s been 37 years since the paradigm-shifting Chrysler minivan, known as the Plymouth Voyager and Dodge Caravan, was unveiled.

Connor is a content writer and journalist from the UK with several years of experience in the field. He enjoys observing the changing trends of cars as sustainability becomes a greater presence in our lives. When he’s not writing, he likes to sweat buckets while playing football (soccer) or chilling out with horror books.

Are Energy Penny Stocks the cure for the market downturn?