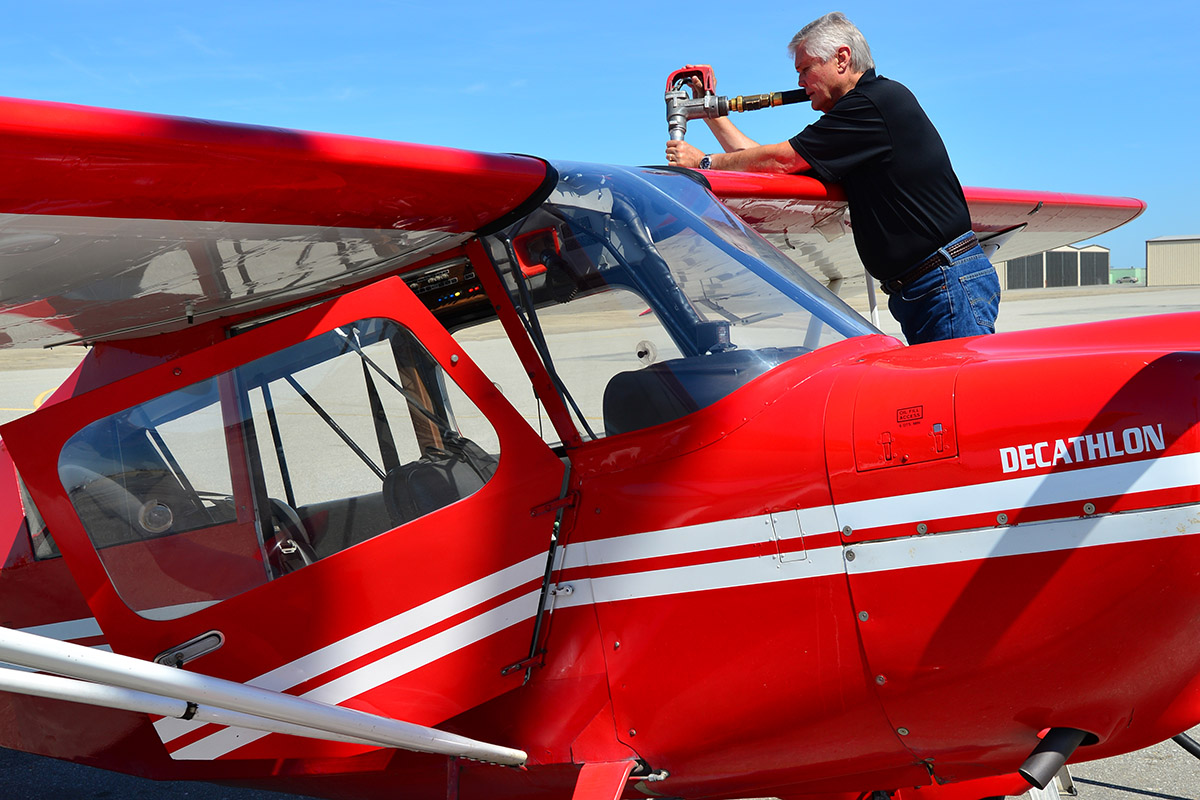 The fuel should be on your mind

If the impending sunset of leaded gasoline is such an existential threat to general aviation, why was this panel of industry leaders addressing only a few dozen pilots instead of one? crowded shed?

At the general meeting hosted by the Sun ‘n Fun Aerospace Expo on Wednesday at the Lakeland Aero Club in Florida, the heads of the General Aviation Manufacturers Association (GAMA), Experimental Aircraft Association (EAA), and Aircraft Owners and Pilots Association (AOPA) came together to respond to what Mark Baker, President and CEO of AOPA, called “probably the most threatening [issue] to GA”, the impending sunset of leaded gasoline, nominally 100LL and previous fuels that we have used to power the general aviation fleet since the introduction of high octane juice during the Second World War.

So what’s the problem ? Many pilots must feel like they’ve heard this alarm before, that leaded fuel has left just about every sector of transportation except the general aviation piston fleet, so we have to be ready for his departure.

The threat is more than just an unnecessary fist bump in 2022.

The EPA proposal will be released for comment by the end of 2022, with final action determined in 2023.

The panel confirmed that the timeline is not just a bureaucratic spit, but a real one that GA associations cannot affect. While many efforts to reduce general aviation in the United States – through restrictions such as user fees and additional regulation – have generally been avoided through efforts to ally with Congress, the panel said agreed that this would not be possible with this proposal.

“There’s no appetite in Congress to address the issue,” Pelton said. “We’ve had some of our biggest supporters on environmental issues in aviation who have already told us they’re not standing in the way of this one.” Baker added, “We don’t want to be the last pollutant, putting lead in the air, in general aviation.”

There’s also a tacit consensus that the “final action” the EPA will release will likely include phasing out leaded fuel by 2030. That’s only seven years away – a tight timeline as far as aircraft certification, infrastructure changes and the regulatory framework needed to fix the problem without leaving high performance piston pilots stranded or worse.

With no single unleaded gasoline substitute available for aircraft with engines over 220hp, this will soon become a global problem unless significant efforts are made now.

While the Piston Aviation Fuels Initiative (PAFI) sought to completely replace the 100LL and did not reach that level, it succeeded in outlining the testing protocols necessary to evaluate and validate the fuels offered in the myriad of powertrain combinations and cells that make up this part. — about 30% — of the GA fleet.

But putting a new fuel to the test is still far from easy. Current alternative fuels that partially address the issue, such as GAMI’s Swift 94UL and 100UL, rely on the Supplemental Type Certificate (STC) process to be accepted. However, STCs are proprietary and because they are produced and owned by a commercial entity, they run the risk of being orphaned. And these STCs cover a number of aircraft, but still not the high performance segment of the GA market which is most affected – and which uses 70% of the 100LL that is pumped every day in the United States.

Without a solution, Baker described the impending safety problems caused by using the wrong fuel in these machines, due to detonation – the explosion of the air-fuel mixture inside the cylinders of a piston engine – rather than uniform fuel combustion.

Highlighting the number of airports in California that have taken action to stop selling 100LL, he said: “I consider this a huge safety issue because we know if you put in a 94 fuel or… without lead in a high-compression engine… you have a very high probability of detonation. This is a huge security issue today.“It will only take a handful of aircraft that are poorly fueled and suffer engine failures and engine failures to have a critical impact on GA operations nationwide.

“We have an industry that is committed to change, in the next seven or eight years,” Baker continued, “but if you start having that fuel unavailable, and people show up with their Cirrus or Baron or Bonanza , or whatever, chances are you have a really big problem.

A distribution problem too

Once a new fuel or fuel package comes online, it will be time to get the fuel to the aircraft operator, through the network of airports and FBOs that currently supply avgas and jet-A.

Pelton described the problem airport by airport at hand – we cannot expect these entities to simply set up a new tank – or tanks – next to the self-service pumps.

The EAGLE program, announced earlier this year at the GAMA State of the Industry Conference, has made it one of its pillars. EAGLE’s overarching goal is that, by 2030, the industry will no longer produce or distribute leaded fuel in North America.

Baker made it clear: “The thing I’m most concerned about today is keeping lead available low until we find the solution.”

If the industry fails to find a 100-octane solution by 2030, Bunce outlined the band-aid the industry would have to fall back on. “In our discussions with many oil companies, we would probably have to ask them to get us the highest octane rating possible and then test it properly.”

I couldn’t help noticing that the roundtable was taking place on April 6, which would have been Donald Douglas’ 130th birthday. The Douglas Aircraft Company founder brought to life the Douglas DC-3 and its military siblings, the C-47 and other variants that carried the Allies to victory in World War II. In his comments, Bunce chronicled the genesis of 100 and 130 octane avgas at this time.

Our ability to use this fuel to power the C-47’s massive 1,200 hp Pratt & Whitney Twin Wasps gave us a military advantage over the Nazis. Our solution then enabled the United States to overcome a formidable existential threat to democracy and our collective humanity.

The clock is ticking loudly right now – and it cannot be ignored or brushed aside as another “green initiative” unworthy of our attention. I used to believe the DC-3 would keep flying until its 100th birthday in 2035, if only we could keep those 1830s in good cylinders. Now I see the real threat is the loss of the high octane fuel that powers them.

If climate change doesn’t sound like an existential threat to you, perhaps the loss of our ability to fly high-performance aircraft — and icons like the DC-3 — should and will resonate.