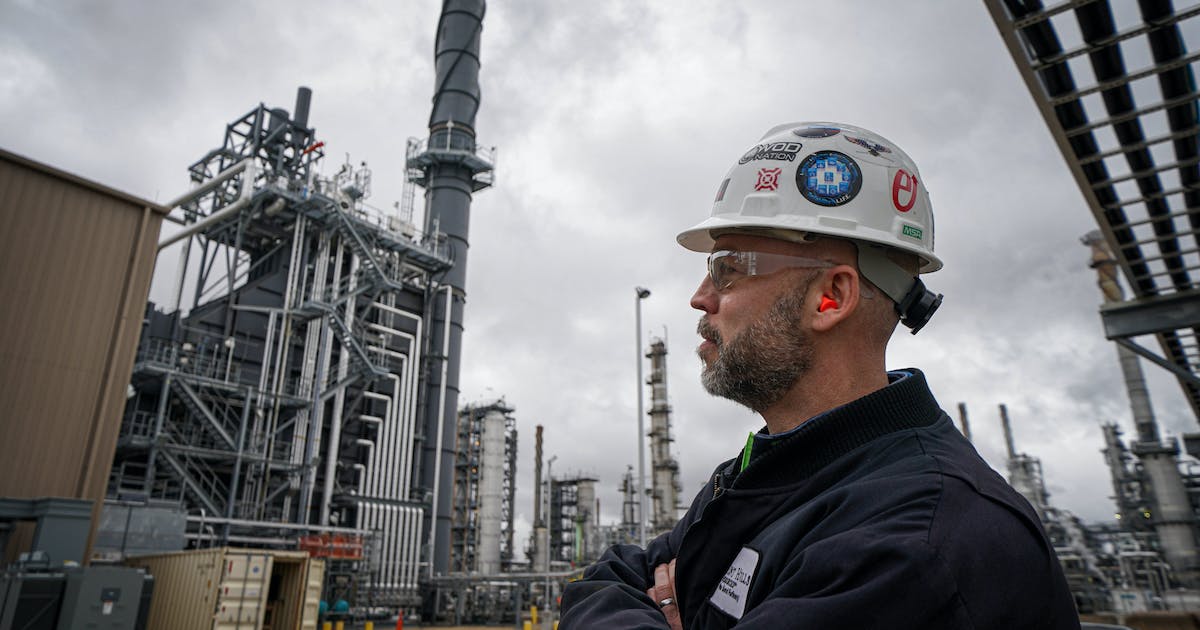 There’s a saying behind the investments Flint Hills is making to reduce polluting emissions from its Pine Bend refinery, which produces most of the transportation fuels consumed in Minnesota.

You no longer smell the massive Rosemount refinery until you see it.

Since Minnesota regulators fined Pine Bend $6.9 million in 1998 for oil spills and leaks in the nearby Mississippi River, Flint Hills has invested about $2 billion in technology emission control and efficiency, as well as restoring 1,600 acres of the Pine Bend Bluffs Nature Preserve along the river. Mississippi River.

The massive facility has reduced emissions of traditional pollutants by around 70% by increasing production of diesel, gasoline, jet fuel, asphalt and other petroleum-based products. In 2021, it also received Energy Star certification from the United States Environmental Protection Agency as the best quartile among refineries for energy efficiency.

Yet Pine Bend remains among Minnesota’s top 10 greenhouse gas (GHG) emitters, the driver of climate change that is driving an increasing number of environmental disasters that are also economically devastating nationwide.

Statistics from the Minnesota Pollution Control Agency (MPCA) reveal that Pine Bend’s greenhouse gas emissions increased by 9% between 2012 and 2020. However, emissions have decreased by nearly 6% since 2010 per million barrels of product. Production at Pine Bend increased 20.6% from 2010 to 2021, or 316,000 barrels per day of product.

Pine Bend completed a generator in 2019 that uses natural gas and bio-waste to provide 40% of the electrical energy needed to power the refinery. While this has increased carbon emissions somewhat, the generator pollutes less than the power Pine Bend was drawing from the power grid. It is also building a solar power plant to increase its internal electricity production to 50%.

John Linc Stine, former head of the MPCA under Governor Mark Dayton, said: “They operated as one of the dirtiest of the dirty in the early 2000s. They are now a business leader…and a role model for other refineries.

Pine Bend’s parent company, Flint Hills Resources, is a subsidiary of Koch Industries, long resistant to regulations and pollution controls. However, Pine Bend, which employs 1,000 workers in Rosemount, has become one of the most efficient and cleanest refineries in a filthy business.

“We continue to invest in new technologies that can improve our performance, improve the efficiency of our operations and reduce emissions associated with the crude oil we process to produce products that people…will need for a very long time” , said Reint.

Bill Droessler, an attorney who previously administered pollution and disaster Superfund sites, has worked since 2003 as a program officer for the Minneapolis-based Environmental Initiative.

He credits Pine Bend, also a member of ‘ISIS’, for investing in pollution reduction programs on its campus and elsewhere, including Project Green Fleet, cleaning up a year of 1,000 old school buses Minnesota spewing dirty diesel fumes.