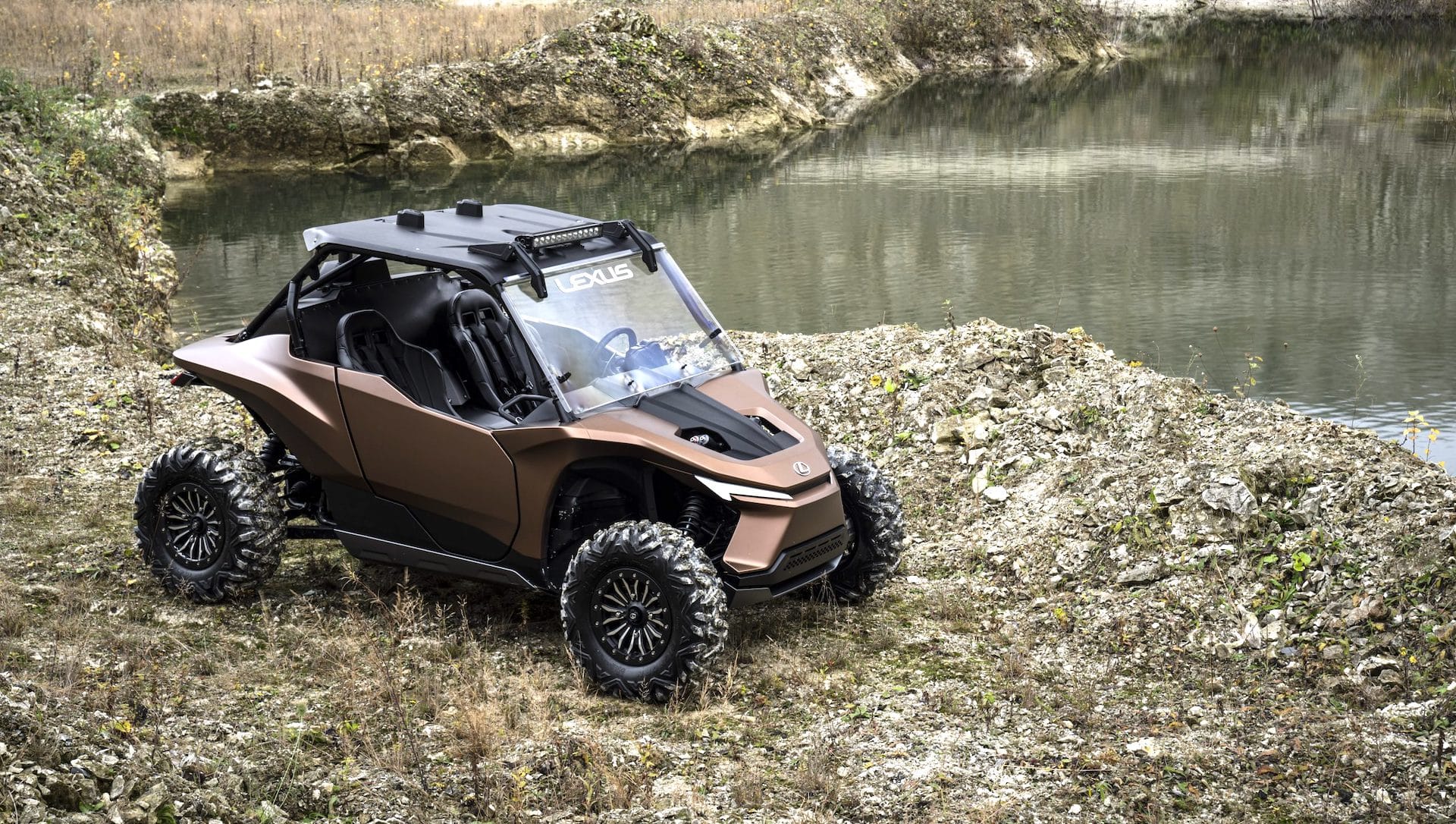 Choosing to build an ROV (Off-Road Recreational Vehicle) may seem odd for a luxury car brand. However, Lexus says it wants to bring a premium experience to the off-road realm.

Modern hydrogen vehicles, such as the Toyota Mirai, have generally used a fuel cell design. These generate electricity for propulsion, pure water being the only by-product.

However, the Concept ROV has a new 1.0-liter internal combustion engine. This burns the hydrogen directly as a fuel source, functioning like a traditional engine.

Lexus says this translates to almost zero emissions, with only a small amount of oil burned while driving.

Although it is a rugged all-terrain vehicle, the ROV concept retains the design features that Lexus owners are familiar with.

The exterior features the brand’s â€œspindleâ€ grille, with front and rear lights inspired by the latest Lexus design language. The dark bronze paint color was specially developed for the Concept ROV.

Inside there are plenty of carbon fiber trim, as well as two well-padded sport seats. Lexus says the dashboard follows its â€œTazunaâ€ philosophy, with minimal gauges to avoid distracting the driver.

For now, the ROV will remain a concept: an example of what the company can do with hydrogen.

Spiros Fotinos, Director of Lexus Europe, notes that it â€œmerges our desire to also develop lifestyle-oriented products with our continued search for new technologies that contribute to carbon neutralityâ€.

American publisher with a love of all things Americana. Wood grain coated station wagons and silly muscle cars are a specialty.

Zac Hollis confirms the end of the EPC problem but recommends premium fuel!