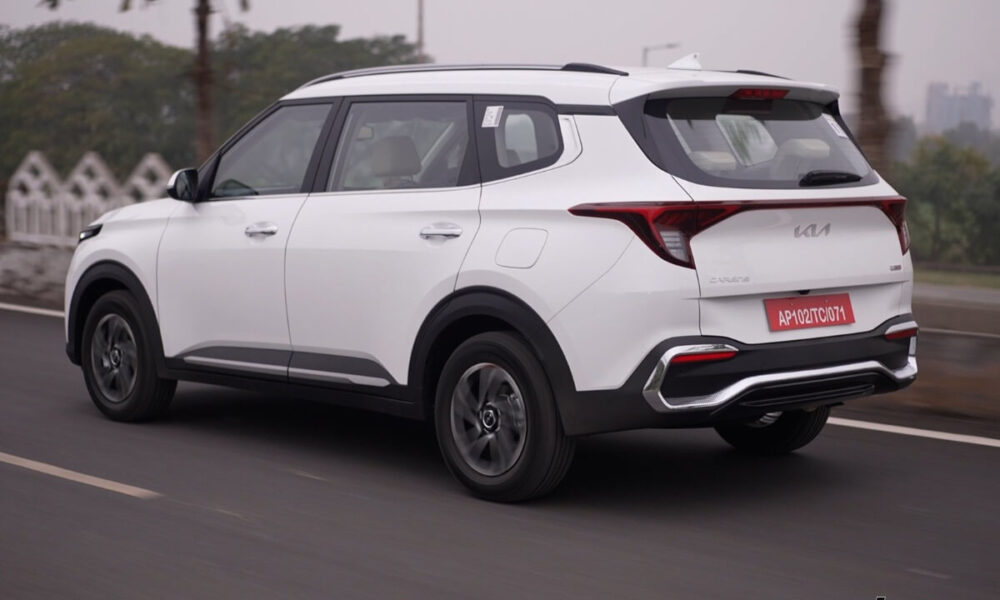 Korean automaker Kia is preparing several new models including electric vehicles and CNG cars for the Indian market. The company is currently testing the Sonet CNG, which is expected to launch in the coming days. Additionally, Kia is also developing the new Carens CNG which may soon hit the market.

In fact, spy images of the Kia Carens CNG version have already appeared on the web. The new model is expected to feature the 1.4L turbo petrol engine with a factory-fitted CNG gearbox and a 6-speed manual gearbox. These details are also visible in the spy footage.

In fact, the CNG tank is also visible in the trunk of the Kia Carens. The Carens 1.5L petrol engine with CNG option would make no sense as it might prove underpowered for 6-7 passengers with luggage. The 1.4L turbo gasoline engine with CNG kit will deliver ample power and torque.

The CNG-powered Kia Carens will be positioned against the Maruti Ertiga, which is currently the only model to offer a factory-fitted CNG option. The Carens is most likely the country’s first CNG car with a turbo petrol engine.