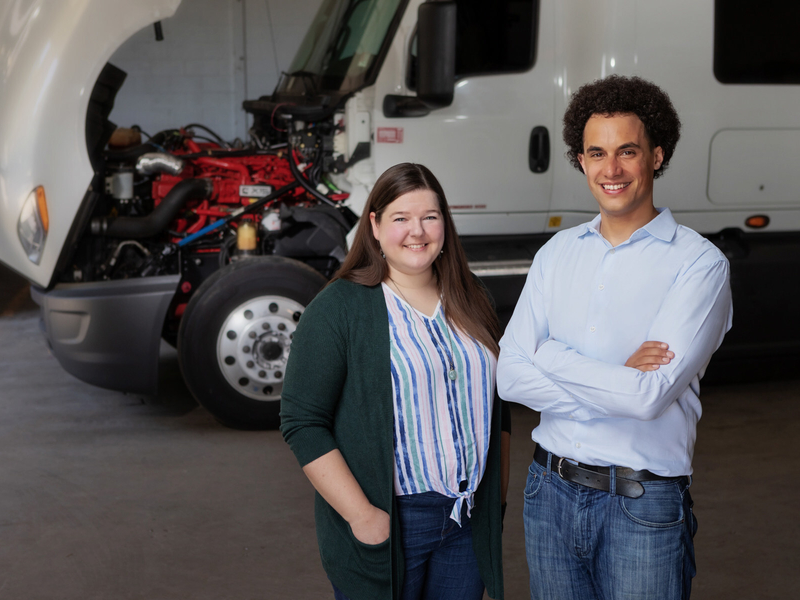 â€œWe keep the same 80% of the original diesel engine parts, then just change what you need to activate our technology,â€ said co-founder and CEO BJ Johnson.

Johnson said the kit can be integrated during the engine assembly process or added to existing engines, allowing the trucking industry to move away from fossil fuels while maintaining the efficiency and durability of diesel engines.

ClearFlame says its technology also helps truck fleets save money, as renewable fuels like ethanol are cheaper than diesel fuel.

The genesis of ClearFlame dates back to the work Johnson was doing as a doctoral student. student at Stanford University, where he met his co-founder Julie Blumreiter. The duo saw the potential of ClearFlame as a viable business and moved to Illinois to work with Argonne National Laboratory in their Chain Reaction Innovations program to further develop the technology.

As the shift to EV technology accelerates, ClearFlame says there is still a competitive market for its product in the trucking industry, where EV technology has yet to enter significantly.

â€œThe reality is that we are decades away from having (electric vehicles) a viable solution in certain market segments,â€ Johnson said. â€œAn electric vehicle is a great solution for passenger cars and even some trucks: local delivery trucks or day cabs. But if you are a class 8 long haul truck going 1000 miles with heavy loads. . . the infrastructure and the technology just aren’t there yet.

The new funding will be used to pilot ClearFlame’s technology with truck fleets and fully commercialize the product. The funding will also be used to increase the workforce from 15 to 25 by mid-2022.

To date, ClearFlame has raised $ 24 million. Other investors in ClearFlame’s Series A cycle include Mercuria and Clean Energy Ventures. Past funding includes grants from the corn growers associations of Iowa, Minnesota, Kansas and Illinois, the National Science Foundation, and the Department of Energy.

ClearFlame is one of a growing group of clean tech and energy companies in Chicago. Others include LanzaJet, a Skokie-based subsidiary of LanzaTech that produces renewable jet fuel, and NanoGraf, a Northwestern University spinoff that is developing more efficient battery technology.