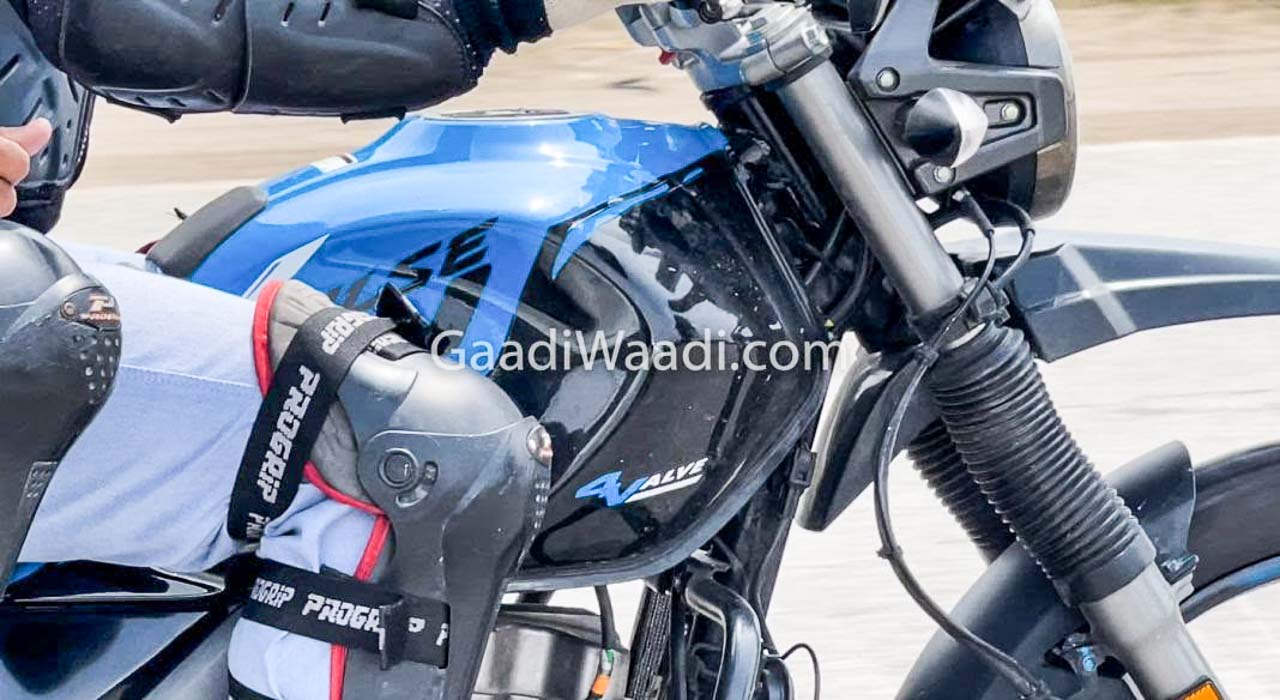 Hero could be credited with launching the entry-level motorcycle adventure space into the mass two-wheeler market in India. They launched Impulse about 8 years ago. But had to discontinue the same due to low demand. Based on the Impulse formula, came the Xpulse in 2019. It was first presented as a prototype at EICMA in Milan, Italy, in 2017 and is now the most affordable ADV bike in India.

However, the bike also drew criticism for being underpowered for this segment. Hero wants to solve this problem by bringing a more powerful engine for Xpulse. A test mule powered by this engine was recently tested. The main highlight of this engine is the addition of a 4-valve head instead of the existing two-valve head.

The latest test mule was seen with a whole new color scheme with a livery that features “4 valve” decals on the underside of the fuel tank. The two-tone paint option gets a blue color which is complemented by blackened side panels, rear section and tank fairings.

In addition, the engine and gearbox assembly, heat shield and part of the exhaust canister were painted gray. Splashes of blue are also visible on the metal spoke rims of the upcoming Xpulse.

Apart from all these updates, the new Xpulse is visually the same as the current model. However, with the 4-valve system, the engine cylinder head would now have more valves that will pump more air-fuel mixture into the combustion chamber. This will burn more fuel thus allowing it to extract more performance. It also allows the engine to breathe easier, which translates into better fuel efficiency.

In its current version, the Xpulse 200 is powered by an oil-cooled, 2-valve, fuel-injected 199.6 cc engine that delivers 17.8 hp at 8,500 rpm and 16, 45 Nm of maximum torque at 6500 rpm. This device is associated with a 5-speed gearbox. In its BS4 form, this engine comes with a simple air cooler which has been upgraded to an oil cooling system.

There should be no more changes to its specifications. The bike will continue to run on 21-inch front and 18-inch rear wheels. Suspension functions are handled by telescopic units at the front with 190mm of travel and a 10-step adjustable monoshock at the rear with 170mm of travel. Braking equipment includes disc brakes at both ends accompanied by single-channel ABS.

It will be interesting to see if Hero offers any additional features in the new Xpulse 4V. Currently, it offers a full LED headlamp and digital instrument console with Bluetooth connectivity for navigation and call alerts. It should also be offered at a slightly higher price compared to the current model priced at Rs 1.20 lakh (ex-showroom).

E10 fuel changes: drivers “will not be covered” by auto insurance policies after gasoline damage