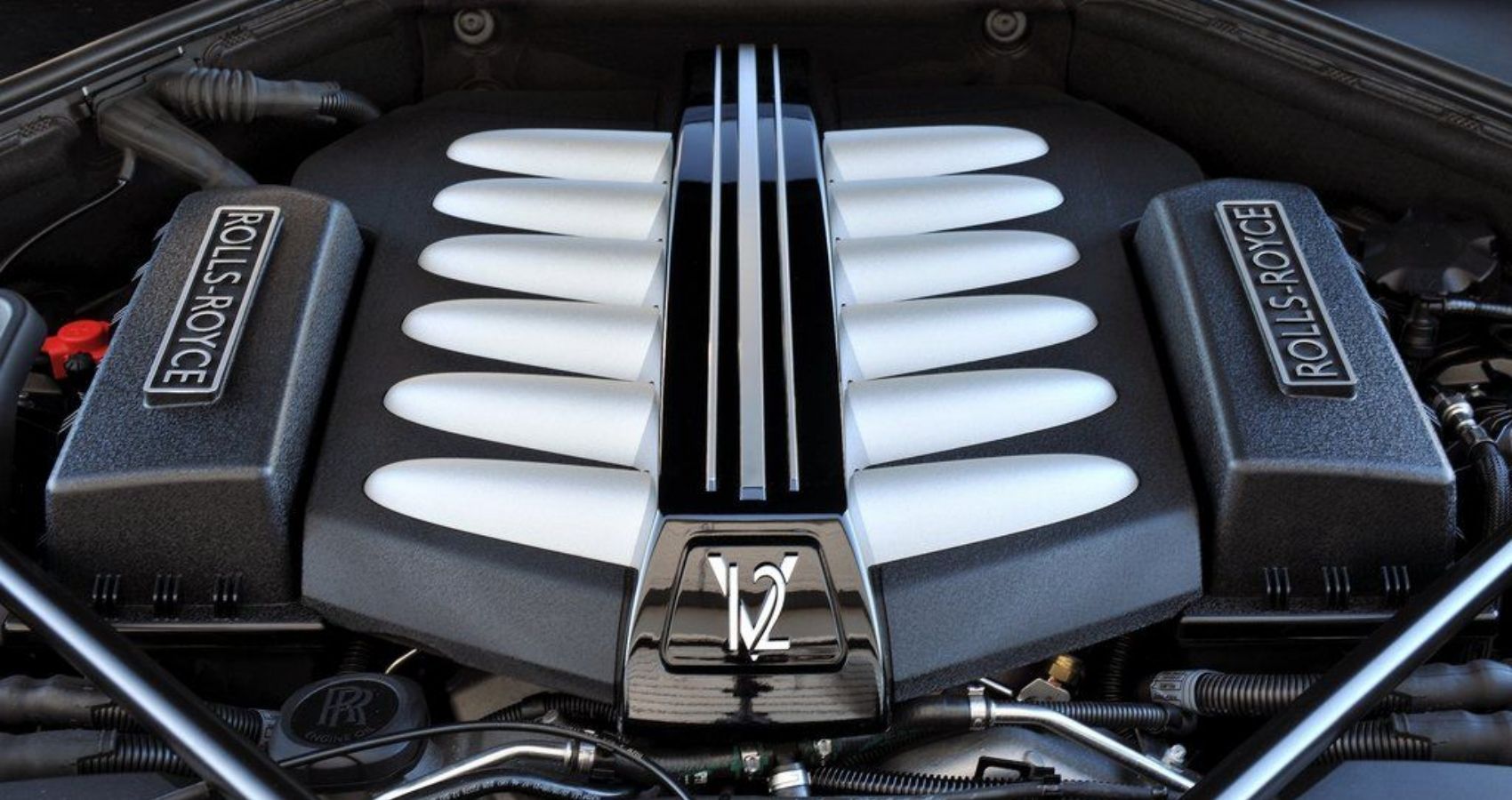 Ask any car enthusiast or even someone with the fewest possible ideas about cars, and the first brand of car that comes to mind when it comes to luxury on wheels is Rolls-Royce. Pure excellence and no compromise in luxury and elegance helped Rolls Royce earn that stature of the last word in luxury. While many people are charmed by the powerful road presence and impeccable levels of luxury of Rolls-Royce models, another trait of these cars with high credentials has to be the gigantic 6.75 liter V12 engine under their hood. , the best of all time. the history of Rolls-Royce engines.

With the discontinuation of Wraith and Dawn from the global Rolls-Royce lineup, the 6.75 liter V12 engine became a common heart for all Rolls-Royce models. Known internally as the N74B68, the 6.75-litre Rolls-Royce V12 engine is the ultimate word in quietness and refinement, unlike other V12s which are known for their fire-breathing performance and raucous ratings. spectacular exhaust.

Related: Carlex Design takes the Rolls-Royce Cullinan to another level of opulence

The first Rolls-Royce engine to use turbochargers

The turbochargers aren’t the only things that are firsts for this 6.75-liter N74B68 V12 engine. It is also the first Rolls-Royce engine to use the ZF-sourced 8-speed automatic transmission. This engine retains the direct injection technology, double overhead camshafts and variable valve timing of the N73B68 from the previous generation Phantom. However, it lacks the variable valve lift of the previous generation engine, which allows the intake valve to open and close depending on engine speed and load.

The current 6.75-liter V12 is the most powerful Rolls-Royce engine ever

Called N74B68, the current-generation 6.75-liter twin-turbo V12 engine is the mainstay of all the current range of Rolls-Royce – consisting of Ghost and Phantom sedans and Cullinan SUVs. This engine develops a maximum power of 563 hp, making it the most powerful engine ever installed under the bonnet of a Rolls-Royce model. However, the output of this 6.75 liter engine is not the benchmark for V12 engines ever made, as it is less powerful than the N74B66TU V12 in the BMW 7 Series G11.

Where the 6.75-liter N74B68 beats every other V12 engine in internal combustion engine history is its massive torque output. This engine produces 627 lb-ft of torque in the Ghost and 664 lb-ft in the Cullinan SUV and Phantom VIII flagship sedan.

Developments that led to the birth of the current Rolls-Royce 6.75 liter engine

In terms of displacement, the twin-turbocharged 6.75-litre V12 engine used in the current Rolls-Royce range is the largest in the N74 series of V12 powertrains from Rolls-Royce parent company BMW. Called N74B68, this 6.75 liter V12 engine first came out in 2016 in the Phantom VIII. However, the N74 series engine debuted in 2008 with the 6.0 liter V12 in the BMW 7 Series. This engine paved the way for developments leading to the 6.6 liter V12 used in Rolls- Royce as Ghost, Wraith and Dawn.

Related: Why You Can’t Steal The Rolls-Royce Spirit Of Ecstacy

For the G11 7 series, BMW has tweaked the N74B66 engine, which until now was reserved for Rolls-Royce. In the M760Li xDrive M Performance version of the 7 Series, this engine, dubbed N74B66TU for the 7 Series, claimed 600 hp of power and 590 lb-ft of torque. Torque output increased further to 627 lb-ft in the latest iteration of the G11 7 series.

6.75-liter Rolls-Royce V12 engine could be the last of its kind

Rolls-Royce has already committed to going all-electric by 2030, and the change has already begun with the arrival of the all-new two-door Specter. Considering there’s less than a decade left to complete the full electrification process, the 6.75-litre N74B68 V12 could be the last petrol engine in Rolls-Royce models. Given this theory, the 6.75-litre N74B68 V12 will go down in the history books as the perfect ode to Rolls-Royce’s glorious collaboration with powerful V12s.

Currently, Rolls-Royce is one of the few car manufacturers that has not yet adapted any form of electrification for its internal combustion engines. However, given that the 6.75-litre V12 engine is still a few years old, Rolls-Royce could electrify it by giving it hybrid assistance until it achieves full electrification of its entire range. by 2030.