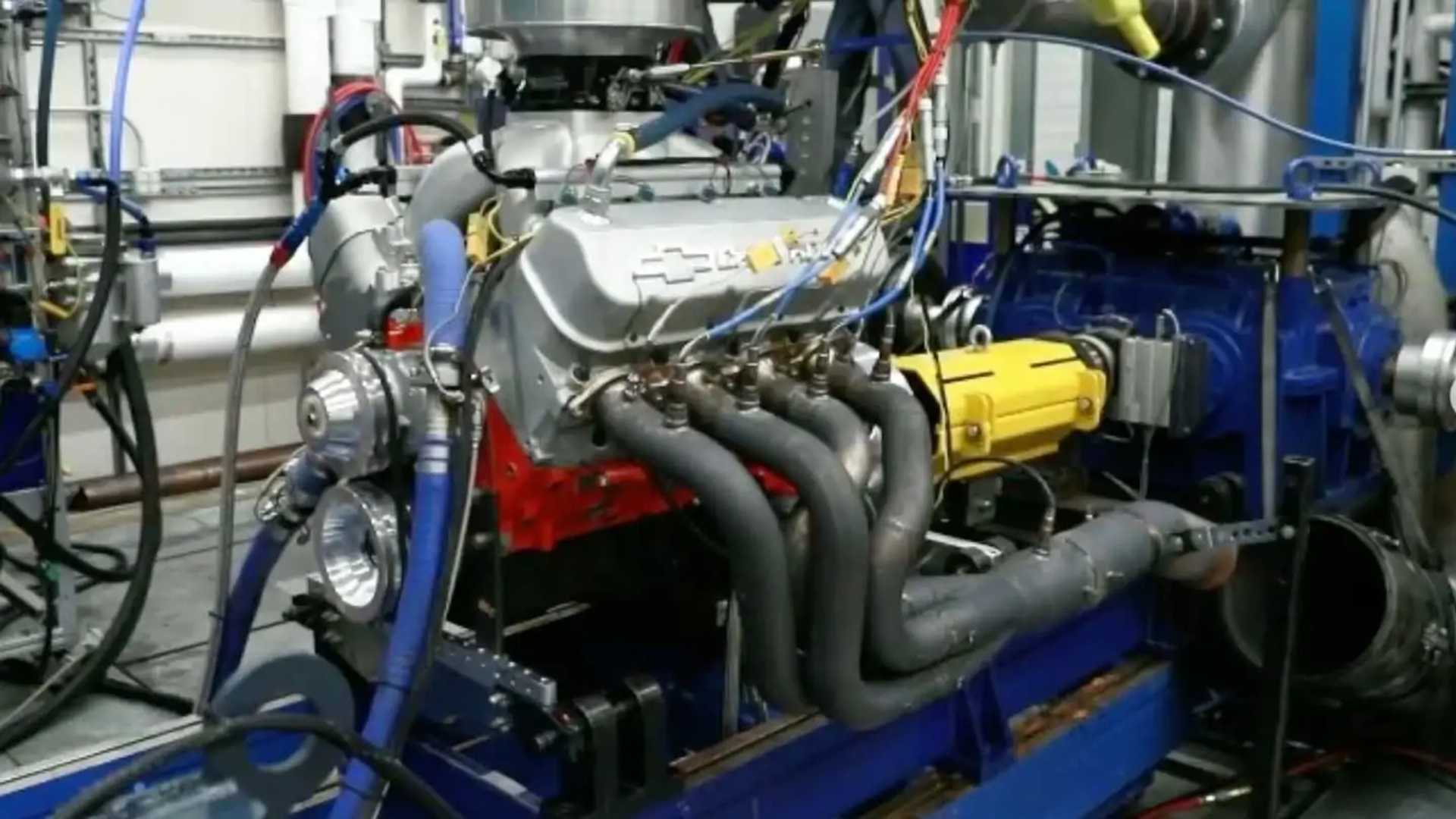 The Chevrolet Performance ZZ632 / 1000 crate engine delivers astounding power from a naturally aspirated 1,004 horsepower (738 kilowatt) V8 and 876 pound-feet (1,188 Newton-meters) of torque. To produce such incredible power without forced induction or hybrid assistance, the massive mill displaces 10.36 liters (632 cubic inches). An Instagram post from the company (below) finally gives us the chance to hear this monster roar.

The ZZ632 / 1000 produces its maximum power at around 6,600 rpm, and Chevy Performance advises not to exceed 7,000 rpm. The engine sound is perfect for a muscle car. Things start with a low growl. As the rpm increases, the noise gets louder and louder. There isn’t even a hint of rasp or treble tones.

Mechanically, the engine has a cast iron block, but the crankshaft, connecting rods, pistons and rocker arms are made of forged aluminum. The intake manifold and cylinder heads are also made of aluminum. Chevrolet Performance recommends using gasoline with 93 octane or better.

To confirm the reliability of the engine, the developers tested it by performing over 200 simulated track passes using a dynamometer.

This is Chevrolet Performance’s most powerful crate engine, but putting it in your project car is pretty expensive. The engine costs $ 37,758. Deliveries don’t start until early 2022, so you have some time to start saving for one.

Chevrolet Performance gives an overview of what can be done with the ZZ632 / 1000 by teaming up with Hoonigan to fit the big engine into a 1988 Chevrolet Camaro (above). The car is on display at the SEMA show. The engine is so tall that the air filter would be practically in the line of the driver’s eyes. Driving this beast seems to be both terrifying and exhilarating.

Once this crate engine becomes widely available, we can’t wait to see what builders do with it. A sleeper using a 1990’s Buick Roadmaster wagon that otherwise looks stock would be cool. For something really wild, someone has to push that V8 in the back of a Corvair.