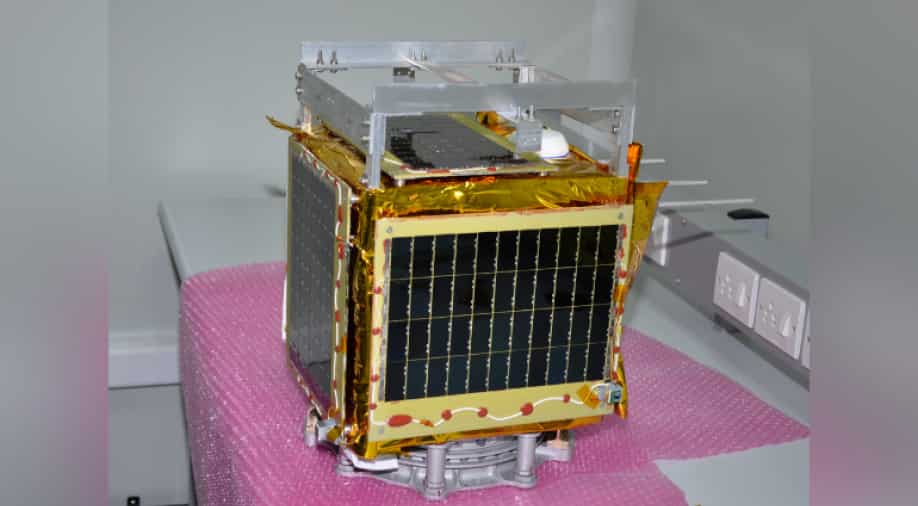 On the occasion of their company’s fifth anniversary, Tushar and Ashtesh, the duo behind Manastu, shed light on their exciting offerings and future plans for the company. Notably, the Indian startup hopes to fly its newly developed system into space by early 2023 and also commercialize its technology.

After being launched into orbit by rockets, satellites must rely on their onboard fuel and engines to perform maneuvers, to avoid colliding with space debris and to stay in their precise orbits, while operating in the harsh environments of space. Although this task has been performed for several decades by engines powered by fuels such as monomethylhydrazine, these fuels are toxic, highly volatile and carcinogenic, which raises several concerns about their safety.

According to Ashtesh, who serves as CTO at Manastu, they have developed new propulsion technology for the satellites and it will be powered by “MS-289”, which is a proprietary blend of hydrogen peroxide and additives. In order to initiate the combustion of this new fuel, the company will use a chemical catalyst, which performs the similar function of a spark plug in an automobile. About this technology, the company states “The fuel is as safe as common salt, hence fewer safety precautions and less infrastructure costs, Agile System due to its ability to produce higher thrust per compared to electric propulsion, 50% higher performance due to higher combustion temperature and higher density of our fuel and engine design”.

Three variants of this propulsion system have been built to meet the requirements of satellites of different sizes (weighing more than 100 kg, small cubic satellites, etc. In addition to this, as part of their future efforts, they aim to develop satellite refueling systems that can help extend the life of satellites in orbit.

Similar to an in-flight refueling tanker that can extend the range of aircraft, this concept hopes to create a mechanism where a tanker (carrying satellite-grade fuel) can dock to a satellite and refill its tank, to extend its lifespan. At the end of the satellite’s operational life, similar tankers would also be used to de-orbit the satellite, preventing it from becoming space debris and a threat to other orbital resources.

In September this year, a five-year-old company is optimistic about completing a final test that involves subjecting satellites to the rigors of space conditions (thermovac test), at a test facility. Once this test is complete, the team hopes to launch their satellite into space in early 2023 and prove its practical value and capabilities, after which they can commercialize the technology.

According to the Manastu team, the Indian Defense Research Development Organization (DRDO) has signed up to have this technology on board an Indian strategic satellite, while a French company is also in talks to use this system. in the final phase of their rocket, for orbit correction and maneuvers.