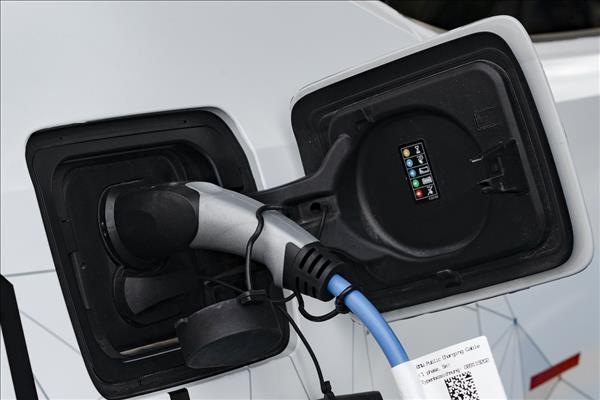 Green energy in emerging markets is a core issue

(MENAFN- Asia Times) As technology improves and renewable energy prices fall, more countries in emerging markets are hoping to go green. China and the United States, in particular, compete for influence in these markets.

But the two miscalculate what is needed. This lack of understanding reveals how difficult the transition to renewable energy will be. Indeed, the path to widespread adoption of green energy in developing countries lies as much in the modernization of transport infrastructure, which has long been neglected, as in the production of sustainable electricity.

China is at the forefront of renewable energy in the Middle East and Africa with a multitude of partnerships and companies with key players in the clean energy sector. State-owned China Three Gorges Corporation, for example, recently acquired Dubai-based wind and solar developer Alcazar Energy Partners. The deal, valued at $ 500 million, will give China a prominent place in the clean energy sector in the Middle East.

Indeed, China rightly feels that there is a lot of money to be made from developing countries’ thirst for green energy innovation.

For now, it is a small program of testing cars in cooperation with Uber. But given that Egypt is the second-largest car market in the Middle East, after Saudi Arabia, it’s understandable why Dongfeng would be interested.

There is a caveat, however. Anyone who knows Egypt will wonder how a fleet of private electric cars, not just those from Dongfeng and not just those supplied to Uber, will be powered. Charging stations everywhere in Cairo? Difficult to imagine. But wait, there is more to this.

For its part, the US government is abandoning its support for carbon-intensive energy infrastructure projects around the world. This year, President Joe Biden’s administration decided to withdraw US funding from carbon-intensive initiatives.

Biden Secretary of State Antony Blinken told the US Development Finance Corporation that limiting aid to high-carbon energy infrastructure projects would be a powerful way to deal with the climate crisis and help steer investments in climate solutions.

At first glance, this seems prudent. Who could disagree? On closer reflection, however, the emphasis on high-tech production also means neglecting to invest in more mundane elements of the energy supply matrix.

That problem is the transportation and distribution infrastructure. Take Africa. In general, the continent lacks a robust and extensive network system. It is one thing to say that the focus will be on green generation, but what about the distribution of the electricity produced?

Reports put the number of people without access to electricity on the African continent at 600 million. That’s more than the population of North America and Central America combined.

The US and Chinese approaches reveal a lack of understanding of what markets need to go green. Taking stakes in large clean energy projects and testing electric vehicles on the streets of Cairo sounds great, but neither will start a green energy revolution if electricity cannot be transmitted through individual countries.

Indeed, how will the charging stations for electric cars be supplied? And frankly, without a concomitant dedication to building transmission and distribution networks, green power generation plans will be stillborn.

Worse yet, it threatens to widen the divide between developed and developing countries. In the West and Asia, governments and industry are rushing to develop green energy production while making the electrification of cars mandatory within 20 to 30 years. Places like Africa, however, will continue to depend on the internal combustion engine well beyond 2050.

And as major automakers in Asia, Europe and North America increasingly turn to electric vehicles, that means the average age of fossil-fueled cars in Africa will eventually rise. In particular, older cars are more polluting.

The developing world, and in particular Africa, needs basic infrastructure in the form of better power grid systems, in addition to high-tech green energy production. Because the very foundation of the electricity grid is damaged in many countries, which means that renewable energy projects will never be implemented on a large scale.

Because if South Africa, the most industrialized nation on the continent, struggles with the basics of electricity infrastructure, imagine the situation in Chad or Mali. So, if the United States and China are serious about renewables – both for anti-climate change and business reasons – they must start by building the foundation for power infrastructure.

As the population of emerging markets is expected to explode over the coming decades and the risk of climate-related disasters increases, time is running out. Failure to fully meet the needs of the Global South will erode any gains made in the developed North. The world’s major economies should see their interests reflected in that of the poorest nations.

This article was provided by Syndication Bureau, which owns the copyright.

Legal warning: MENAFN provides the information “as is” without warranty of any kind. We do not accept any responsibility for the accuracy, content, images, videos, licenses, completeness, legality or reliability of the information contained in this article. If you have any complaints or copyright issues related to this item, please contact the supplier above.