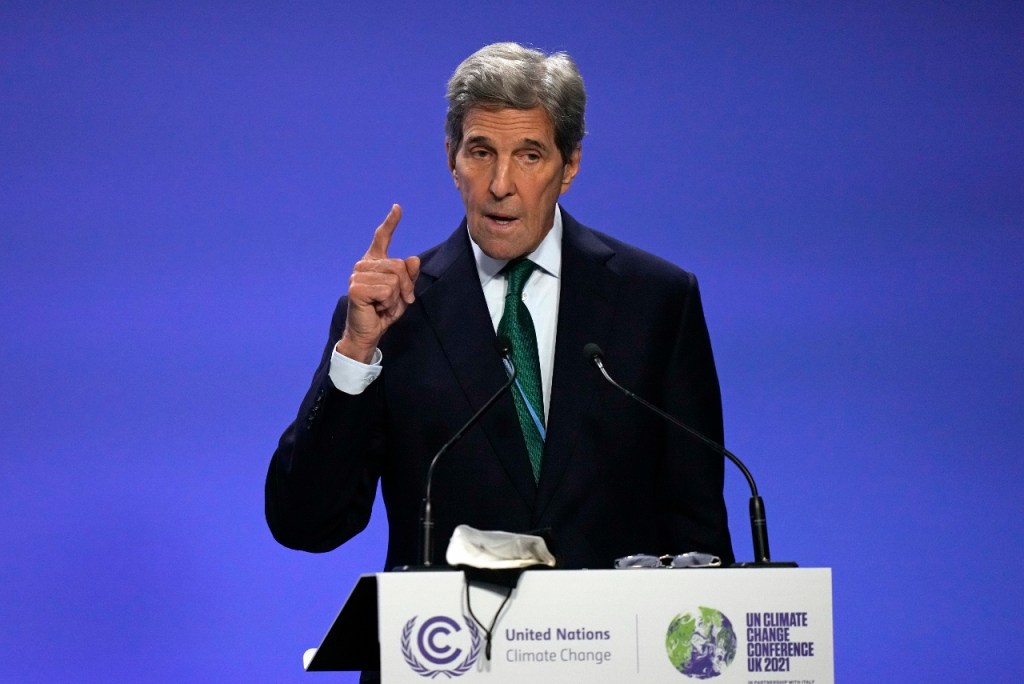 Franks: Energy – America has it, we should keep using it

Today, the United States is being asked to stop using one of our God-given treasures – our natural resources that produce energy, the driving force behind our economic engine. Who is asking us to do this? Countries ruled by European nations which do not have a large number of natural energy-producing resources. Hmm.

America has been blessed with rich soil and natural resources that can produce a variety of delicious foods and energy, respectively. We should be very grateful.

From 1997 with the Kyoto Protocol, a new industry / movement developed based on the claim that humans can significantly and dramatically affect temperature or weather.

Republicans believe in science and believe in protecting our environment. We all believe and understand that humans can cause problems to our environment – air pollution, smog, toxic landfills, oil spills and their environmental impact, polluted rivers and oceans, water contaminated drinking, are all evidence of man-made problems which, to a degree, we have solved. But the other side, I would joke, would probably profess that the floods that Noah faced were caused by global warming.

Not using the God-given resources that have helped make our nation great and provide millions of jobs seems irrational. It would be like playing a game of cards and returning all your aces because the people and countries that lack aces have convinced you that aces are bad. The result? We lose if other countries don’t give up their aces.

The leaders of some of the biggest producers of greenhouse gas emissions, China and Russia, have decided not to attend the last major climate summit in Glasglow, Scotland. What message does it send? Without a truly dedicated China, Russia, India, Brazil and other major industrialized countries alongside the United States, the desired climate change goals cannot be achieved.

The willingness to spend hundreds of billions of dollars to change the country’s economy is a huge gamble when you cannot control the actions of other countries or establish an enforcement mechanism to penalize countries that fail to develop and to implement a realistic plan to reach net zero emissions by a certain date.

Since the signing of the Paris Agreement in 2015, the rating that the agreement would likely get objective observers for the first five years would be an F for failure. Yet the Build Back Better plan would seek to spend half a trillion dollars in part through corporate social spending in an effort to tackle climate change by seeking to phase out fossil fuels and establish new ways of producing gas. energy Americans desperately need. We can’t forget Solyndra’s $ 570 million renewable energy investment that was funded by the federal government and botched when Biden was vice president.

In 2019 and 2020 America has become a net exporter of energy, but now we plead with other countries for fossil fuels and crude oil as prices at the pump skyrocket.

On energy, we should be full. We should not be trying to destroy or kill our fossil fuel industries. We should implore them to do better as they have done over the decades. They must continue to conserve and develop nuclear and hydroelectricity. We’ve been doing both for decades without the Build Better plan.

There are no carbon emissions in nuclear power. It is the largest source of clean energy in the country and already provides more than half of the country’s emission-free electricity. Here, too, we need to make improvements and reduce their costs while speeding up the construction of smaller nuclear generation systems.

We are America. We don’t need to follow those whose agendas may not be in line with promoting America’s greatness. Finally, we must not give China, or any other nation, any competitive advantage. We are not good enough to win with a hand tied behind our back. We are the world’s No. 1 in energy production and nothing should allow us to move away from this position.

Gary Franks served three terms as the United States Representative for Connecticut’s 5th District. He was the first black Republican elected to the House in nearly 60 years and the first black New England member of the House. He is the host of the “We Speak Frankly” podcast.

How ships could turn plastic pollution into fuel at sea