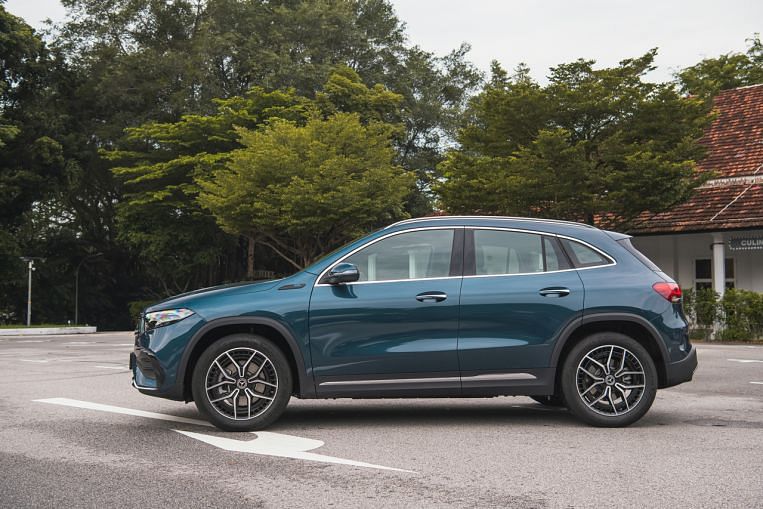 The price of the Mercedes-Benz EQA, the brand’s entry-level electric car, isn’t quite so entry-level. Starting at $ 222,888, it’s the most expensive non-AMG GLA in Singapore.

The revamped XF sports a new front end with full LED lighting, new front and rear bumpers, a revised grille and lower air intakes. Inside, it benefits from a brand new interior with more luxurious materials and the latest connected technologies. The design of its cockpit is more daring and sportier. A center-mounted 11.4-inch HD touchscreen takes center stage.

The Automobile Association launches a safety campaign for all

According to the World Health Organization, more than 3,500 people around the world die on the road every day.

As part of another campaign to improve road safety here, the Automobile Association of Singapore, in collaboration with the International Automobile Federation (FIA), has partnered with outdoor advertising company JCDecaux to launch # 3500Lives here.

This is part of a global campaign that encourages road users to adopt simple, easily enforceable and effective road safety rules since 2017. The theme this year is Share The Road, which tells all road users – including pedestrians and cyclists – to adopt behavior.

Despite having almost identical dimensions to the BMW 4 Gran Coupé, the electric i4 shares only 20% of its components with its combustion sibling, the German automaker said in a virtual launch on Wednesday (September 15). ).

The first car to feature sounds created by German film music composer Hans Zimmer, the i4 is expected to arrive in the first quarter of next year. The X5-sized iX will arrive by the end of this year and it is expected to be priced under $ 400,000. Owners will be able to download a Zimmer soundtrack next year.

When asked if the iX’s retractable door handles would extend in a crash when the car’s power is completely cut off to prevent fires and electrocution, BMW said the doors could be opened via a manual slit. It is not clear if a special key is needed.

Porsche’s Cayenne Turbo GT has landed. At $ 813,688 before COE and options, it’s the most expensive Porsche sport utility vehicle (SUV).

Most powerful Aventador yet

The Lamborghini Aventador LP 780-4 Ultimae, quite possibly the last Aventador, is here. Only 350 coupes and 250 roadsters will be made.

Prices start at around $ 2 million for the coupe.

Mazda’s 2022 CX-5 has been unveiled. There is no official powertrain information, but the car will have adaptive all-wheel drive, drive mode selection (including off-road mode) and evolved SkyActiv architecture.

Mazda claims that road noise is “significantly reduced” with this platform. It is accompanied by a multitude of driving aids, including a conveyor mode, particularly useful in the event of a traffic jam. We don’t know when the car will arrive here.

Ssangyong’s latest Musso has a towing weight of 3.5 tonnes, thanks to its 179 hp / 420 Nm turbodiesel engine. Paired with a six-speed Aisin automatic transmission, it reaches 100 km / h in 11.9 seconds.

Porsche and Siemens to manufacture clean fuel in Chile

Porsche and Siemens Energy have partnered with a number of international companies to build an almost carbon dioxide neutral (eFuel) manufacturing plant in Punta Arenas, Chile.

Porsche expects these cars running on such fuels to be comparable to the carbon footprint of electric vehicles. VW will offer free phone-like updates

Volkswagen will be offering free live updates for its electric ID3, ID4 and ID4 GTX3s. The networking of the entire ID fleet will enable Volkswagen to lay the foundations for new customer-oriented business models.

To this day, Volkswagen remains the only high-volume automaker to offer this technology to its customers.

A lot of money goes into long-term energy storage