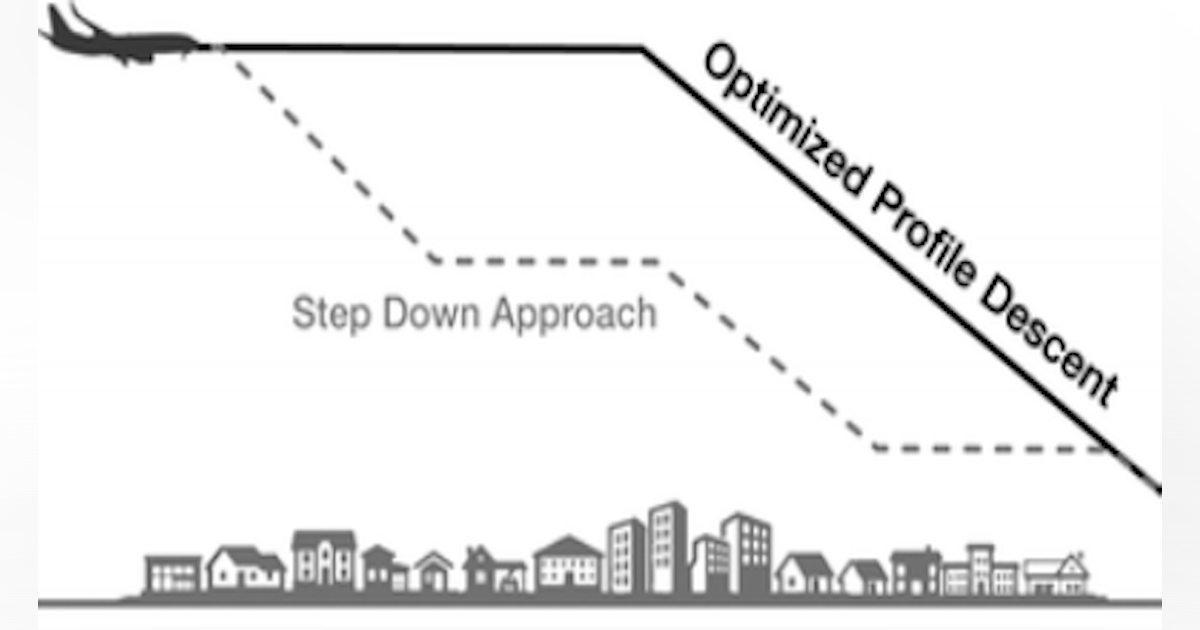 Descent procedures the U.S. Department of Transportation’s Federal Aviation Administration (FAA) implemented nationwide in 2021 will save millions of gallons of fuel and reduce CO2 and other emissions by hundreds of thousands tons. The 42 new Optimized Profile Descents (OPDs) allow aircraft to safely descend from cruising altitudes in the airspace of some of the nation’s largest airports instead of the fuel-consuming stairway procedure.

“These new efficient descent procedures both save fuel and significantly reduce emissions, bringing us closer to our goal of net zero aviation emissions by 2050,” said the US Secretary of Transportation, Pete Buttigieg.

For every set of downpipes used at an airport, the FAA estimates that an average of 2 million gallons of fuel is saved and 40 million pounds of emissions are reduced each year. This is equivalent to eliminating fuel and CO2 emissions from 1,300 Boeing 737 flights from Atlanta to Dallas.

“When we multiply the impact by thousands of flights, we realize real fuel savings and real environmental benefits,” said FAA Administrator Steve Dickson.

Under traditional stair descent procedures, aircraft repeatedly level off and fire the engines. This consumes more fuel and forces air traffic controllers to issue instructions at every step. With optimized descents, aircraft descend from cruise altitude toward the runway in a smooth, continuous path with the engines set to near idle.

The FAA is using an increasing number of new flight procedures that burn less fuel and reduce noise. These include NextGen initiatives such as Performance Based Navigation (PBN). These procedures bring more precision to routes and lead to a reduction in fuel consumption and CO2 greenhouse gas emissions.

Find more information about the FAA and its environmental efforts on its Sustainability Gateway page.