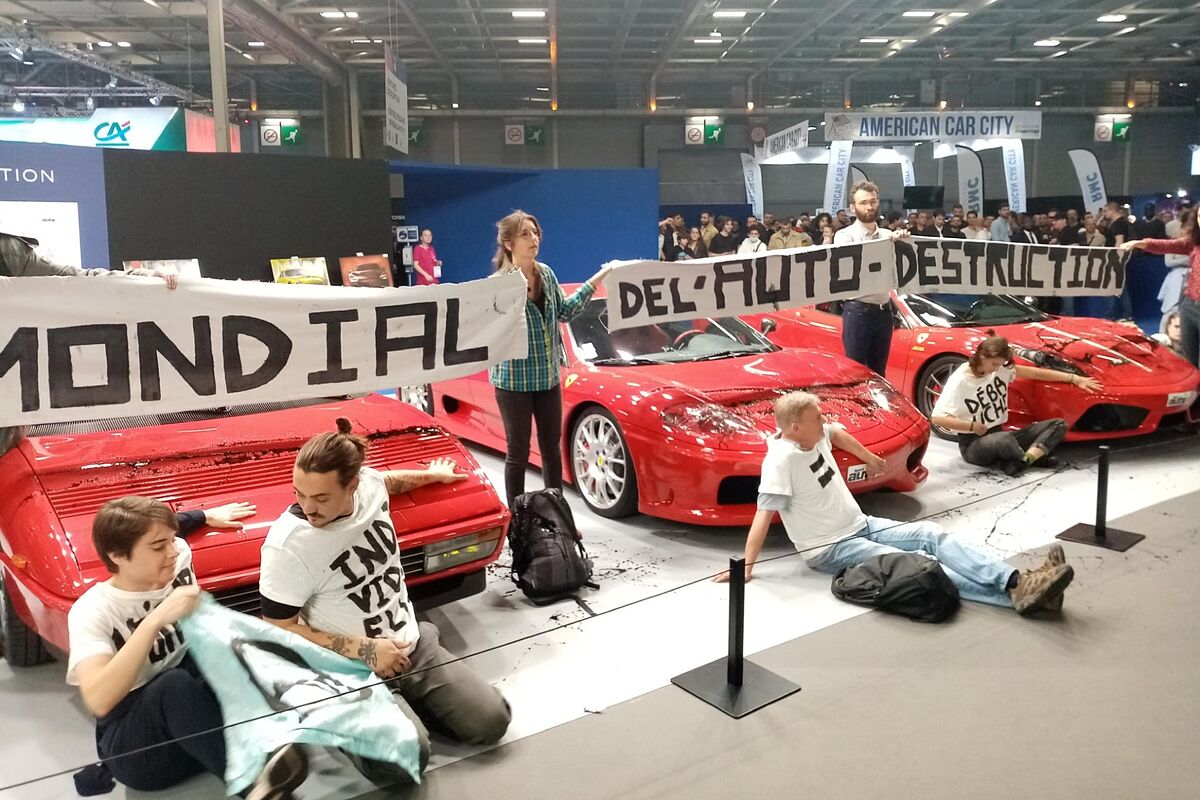 Environmental activists cling to Ferraris in protest against car industry

EEnvironmental activists have been in the limelight in recent weeks. Scenes of some of them violating famous works of art by throwing food at them have been seen around the world… but they have also led protests against the auto industry.

The Paris Motor Show has been the perfect venue for organizations like Extinction Rebellion who don’t seem happy with the rapid transition to electric cars that Europe is immersed in (even with a date set for the end of thermal car). Nor with the huge investments that manufacturers are making to cope with this transformation.

Glued to a Ferrari

In this case, the way to make their presence felt was through five protesters who glued their hands with glue to the bodywork of three Ferraris that were on display at the Paris Motor Show. They also carried a banner calling for the removal of the exhibit.

The French organization denounces that the automotive industry is responsible for 15% of polluting emissions and accuses them of not doing enough to reduce this figure so as not to compromise their profits.

But their accusations do not stop there, since they believe that the sector encourages individual transport, while, according to Extinction Rebellion France, 13.3 million French people are in a situation of “precarious mobility”.

They call to lower the limit to 100 km/h

Before the Paris show, another association, Scientist Rebellion, also carried out a protest action at the Autostadt, the Volkswagen museum, where it occupied the Porsche stand for several days.

This organization’s request was clear and direct to Volkswagen Group CEO Oliver Blume. The Rebellion scientist asked to speak directly with the top executive of Germany’s largest automaker.

The goal: to personally express their proposal to establish a maximum speed limit of 100 km/h in Germany.