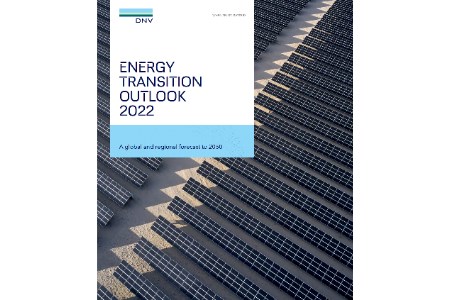 Increased attention to energy security and the rising cost of energy are reinforcing the difference in the speed of decarbonisation between Europe and the rest of the world – according to the sixth edition of DNV’s Energy Transition Outlook.

Europe, which can be considered the leader of the energy transition, will redouble its efforts on renewable energies and energy efficiency to increase its energy independence. European gas consumption will fall dramatically as a result of the war in Ukraine. Compared to last year’s forecast, DNV projects that the continent will consume almost half the amount of natural gas in 2050. Gas will only cover 10% of Europe’s energy demand in 2050, compared to 25% today.

Low-income countries, where cost is the main driver of energy policy, see a different trend. High energy and food prices are reversing the shift from coal to gas and holding back decarbonization investments. For example, the share of gas in the energy mix of the Indian subcontinent will drop from 11% to 7% in the next five years, while the share of coal will increase.

More generally, inflationary pressures and supply chain disruptions pose a near-term challenge to renewable growth. According to DNV’s outlook, the global electric vehicle (EV) “milestone” – when the share of EVs in new vehicle sales exceeds 50% – has been delayed by a year to 2033.

However, the impact of the current crisis on the global energy transition is offset by falling renewable energy costs and rising carbon costs in the longer term.

“The turmoil in the energy market is not dramatically changing the path to decarbonization by mid-century,” said Remi Eriksen, group chairman and CEO of DNV. “The most powerful driver of the global energy transition is the rapid reduction in solar and wind energy costs, which will offset the current short-term shocks to the energy system.”

For the first time, DNV forecasts that non-fossil energy will slightly exceed 50% of the global energy mix by 2050. This is mainly due to the growth and greening of electricity production. Electricity generation will more than double and its share will increase from 19% to 36% of the global energy mix over the next 30 years. Solar PV and wind are already the cheapest form of electricity in most places and by 2050 they will increase 20 and 10 times respectively and dominate electricity generation with respective shares of 38% and 31%.

Renewable energy spending is expected to double over the next ten years to more than $1.3 trillion per year, and grid-related spending is expected to exceed $1 trillion per year in 2030. Energy security concerns spark renewed interest in nuclear, and the year forecast reflects a slight uptick, rising 13% from current levels through 2050. However, its share in the electricity mix will continue to decline by 10% today to 5% by 2050.

The short-term increase in coal consumption will not prevent it from rapidly exiting the energy mix with its peak dating back to 2014. Oil has been approaching a plateau for a few years and it will start to decline sharply from 2030. Due to the war in Ukraine, global gas consumption will be lower than previously forecast. Before the war, DNV predicted that natural gas would be the main source of energy by the end of this decade, but this was postponed to 2048.

“The Path to Net-Zero”

In addition to the “best guess” forecast for the energy transition, this year’s Outlook also includes the “Pathway to Net-Zero”, which is DNV’s most achievable path to achieving net-zero emissions by 2050 and limit global warming to 1.5°C. In line with UN Secretary-General António Guterres’ warning at COP-26 that the situation is code red for humanity, DNV projects the planet is on course to warm by 2, 2°C by 2100. A reduction in global CO2 emissions of 8% each year is necessary. to reach net zero by 2050. In 2021, emissions were rising sharply, approaching pre-pandemic all-time highs, and 2022 may only show a 1% drop in global emissions. It’s been two “lost” years in the battle against emissions.

Achieving net zero globally in 2050 will require some regions and sectors to move to net zero much faster. OECD regions must be net zero by 2043 and net negative thereafter; with carbon capture and removal allowing for negative emissions. China must reduce its emissions to zero by 2050 rather than the current 2060 target. Some sectors like power generation will have to reach net zero before 2050, while other sectors like cement and aviation will still have remaining shows. In our net zero trajectory, the maritime sector must reduce its emissions by 95% by 2050.

According to our Pathway to Net-Zero, no new oil and gas will be needed after 2024 in high-income countries and after 2028 in middle- and low-income countries. Investments in renewables and the grid need to scale much faster; investment in renewable energy must triple and investment in the grid must increase by more than 50% over the next 10 years.

“As COP-27 approaches, it is important that decision-makers recognize the enormous opportunities inherent in decarbonizing the energy mix in light of the rising costs of the impact of climate change. The technology exists to achieve net zero emissions by 2050, but for that to happen we need to use the reach of the policy toolkit,” Eriksen said.

Read the article online at: https://www.worldpipelines.com/business-news/13102022/energy-crisis-reinforcing-two-speed-energy-transition-in-short-term-report/