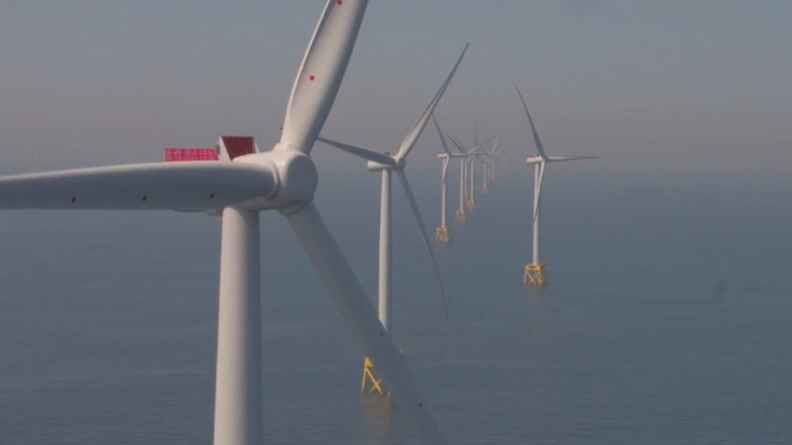 This is part of the government’s Net Zero Strategy which sets out how the UK will transition to clean energy and green technologies.

The hub is a development of three offshore wind farms along the Suffolk coast.

The northernmost, East Anglia Three, already has consent and construction is expected to begin in 2023.

It is in this area that the electricity distribution company Iberdrola will invest Â£ 6 billion through Scottish Power, once it obtains the building permit.

It would be Iberdrola’s largest offshore wind development in the world and create 7,000 jobs.

Together, the hub would provide clean green energy to 2.7 million UK households, or around 7.5% of the government’s target for offshore wind energy by 2030.

We share the ambition of the Prime Minister’s ten point plan and, in line with the stable and predictable UK framework, we are committed to playing our part. Our Â£ 6bn investment in the East Anglia hub would be an important step towards achieving enough offshore wind power to power every UK home by 2030.

It is one of 18 deals announced by Boris Johnson at the Global Investment Summit, which he says will create 30,000 new jobs in the UK and secure Â£ 9.7 billion in new foreign investment.

It’s all part of the government’s plans to bring the UK to Net Zero, targeting four areas: coal, cars, money and trees.

What we want to support is direct air capture, long term battery life, Jet Zero and green hydrogen. I think these are all technologies that have huge potential, but they are currently under-invested.

The announcement comes just 12 days before COP26, the United Nations climate change conference to be held in Glasgow.

However, the issue for some residents is not so much what is at sea, but what will happen on land if plans go ahead.

Power supply to the East Anglia Two and East Anglia North One turbines may require a new connection at Thorpeness and a six mile cable trench through the Suffolk Coastal Area of â€‹â€‹Natural Beauty, to a 30 acre substation at Friston.

Although there are calls for larger investments in more energy sources than wind, due to the unreliable weather.

Wind is important, it’s one of the cheapest technologies we can add to the system, so at the end of the day to keep people’s bills as low as possible, we’re going to want a lot of wind, as much. as possible. But, it doesn’t always explode, so that’s going to mean we’ll need things to back it up when it’s not around.

Nuclear investment was not mentioned by the Prime Minister in his summit speech, prompting former Labor leader Ed Miliband MP to ask this question in the Commons: â€œOn nuclear, I was surprised given the advanced publicity that the word has not even passed its lips. We have seen a decade of delay and inaction on the question, can he tell us his answer, why there is still no decision on the new nuclear?

This has led to further questions from activists and residents alike about the future of plans for the new Sizewell C nuclear power plant in Suffolk.

Our message today is as before, it’s up to ministers to say don’t buy Sizewell C. It’s the wrong project in the wrong place, it’s too slow, it’s too risky, too damaging and certainly too much Dear.

Funding has been a key sticking point so far, but although Boris Johnson has not given the green light to the project today, it is assumed that an announcement will be made in the Chancellor’s spending review. next week.