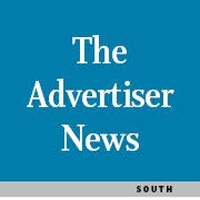 I’m an EV advocate and I’m responding to Alex Wronka’s letter “Many Apologies to EV Owner” about vehicle efficiency.

Electric vehicles, in this case passenger vehicles, are indeed no less efficient than 20%, as Mr. Wronka has grossly misrepresented. According to Motor Trend magazine, electric vehicles are “much more efficient” than internal combustion engine (ICE) vehicles. They are 65-70% effective, more or less, depending on the study source. Anticipating a retort, I will say that even coal-fired power plants that charge some EVs are more efficient and, in combination, make EVs cleaner than ICE vehicles. Additionally, as we replace coal-fired power plants with green energy sources, even EVs already on the road will become more efficient and cleaner because EVs themselves emit zero emissions.

Then, when the usefulness of EV batteries for an EV has ended, they can have a second life in commercial battery backup systems because they don’t “burn out” like your ICE car battery. They simply lose range over time while delivering full power. It is also important to note that the EV battery will provide satisfactory range for the life of the car. And when they finally run out, or most likely when the EV goes to the junkyard, the batteries aren’t “disposed of” as Mr. Wronka once again erroneously stated. Fully depleted batteries are recycled, just like 12-volt batteries from ICE vehicles, and raw materials are recovered to make new EV batteries. It is now reported that the recycling process is already advanced to the point where the recycled raw materials are even purer than the extracted raw materials. There are already electric vehicle battery recycling companies in the United States and around the world. Some electric vehicle manufacturers, like Tesla, recycle their own used batteries. I researched GM and Ford. They’ve partnered with battery recycling companies before, and I’m sure every other EV manufacturer has done that as well.

The thing is, EVs aren’t perfect, no vehicle is, they’re just better than the ICE. They are more efficient, cheaper and cleaner to run, cheaper to maintain, and very soon will be equivalent to buying. One of the reasons why electric vehicles are currently more expensive is that creating and/or converting the factories to build them requires billions of dollars of investment. Therefore, car manufacturers first build the largest and most luxurious models on which they make the most profit in order to recoup the investment as quickly as possible. Less expensive models are in the design phase. A new Chevy Bolt costs about $30,000, and with incentives in New Jersey, about $25,000 Already there are models available such that if you keep them for five or six years they will be equivalent in overall cost to their ICE counterparts. An electric vehicle expert proved to me that in six years, my $51,000 2019 Tesla Model 3 will be cheaper overall to own than a new $35,000 2019 Subaru Forester Limited, which I was going to buy at the origin.

Those of you reading this letter, please don’t take my word for it. Google “Efficiency of Electric Vehicles vs Gasoline Cars”. Google “Tesla GM Ford EV Battery Recycling”. You will see many articles from respected publications supporting my statements as fact.