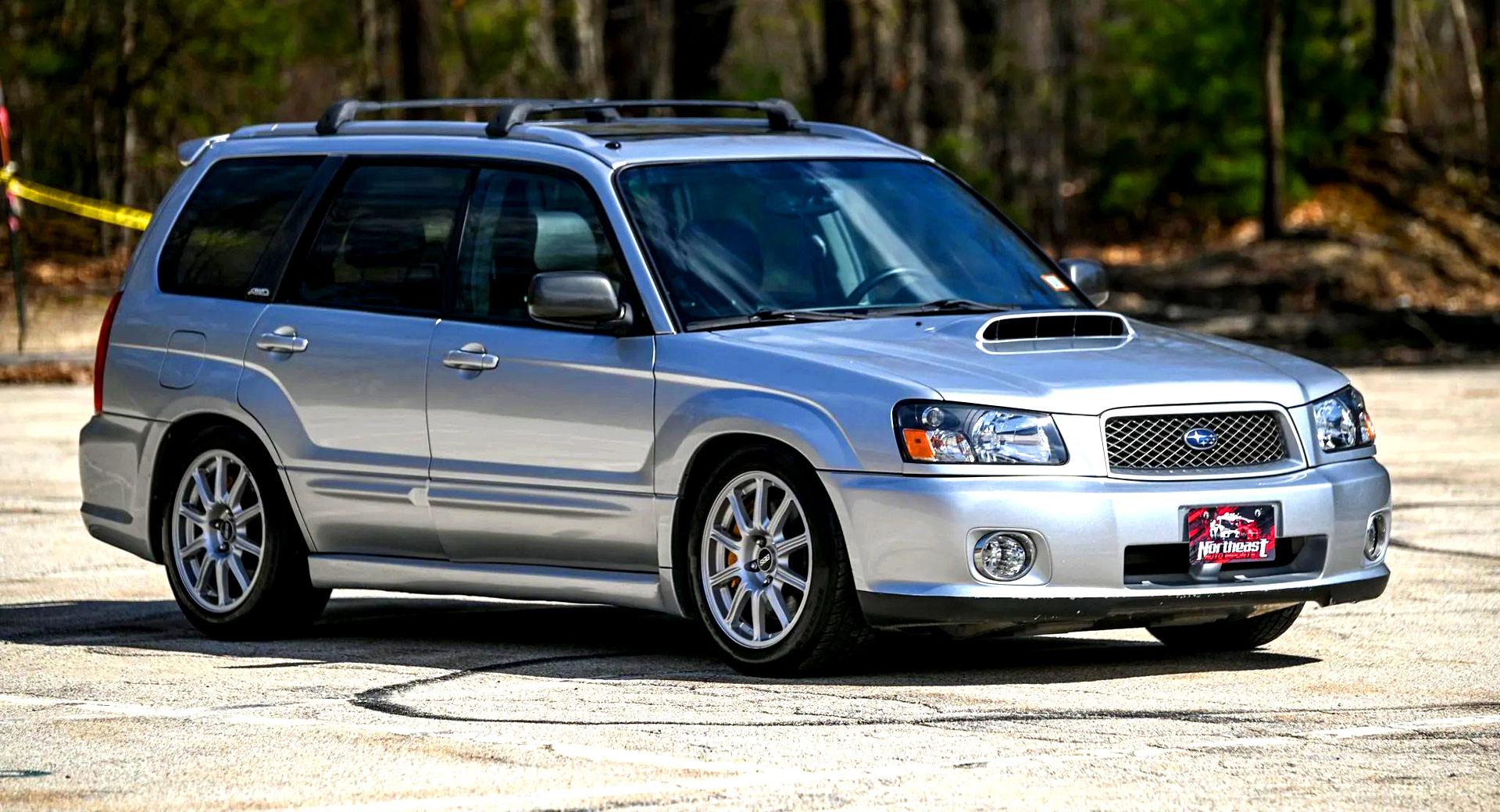 From a distance, you might be excused for thinking it was just any old 2004 Subaru Forester. However, it’s actually a very exciting sleeper looking for a new home.

The Forester is auctioned by Bring a trailer and although the exterior was relatively modest, it was fitted with the same EJ257 turbocharged 2.5-liter four-cylinder engine used by the mighty Impreza WRX STI at the time.

No mention is made in the listing of how much power the Forester is pumping out now, but we do know that the engine is mated to a six-speed manual transmission and rear differential also sourced from a Japanese-market 2004 Forester STI. A new downpipe and cat-back exhaust were also fitted.

Some exterior changes were also made, such as the installation of a Japanese market front bumper, hood scoop, side skirts, rear hatch and rear spoiler. There are also 17-inch BBS wheels from an STI and wrapped in 225/50 General G-Max AS05 tires. Other changes include fitting Brembo brakes from an STI as well as Fortune Auto 500 coilovers, Kartboy front and rear end links, a Whiteline roll center kit and the same steering rack as a 2015 WRX STI.

the SEO notes that the Subaru’s powertrain has a touch of over 50,000 km (~31,000 miles) on the odometer but does not mention the car’s true mileage. Interestingly, this is not the first time the car has been lit Bring a trailer as it sold on the auction site for $26,750 in May 2020.