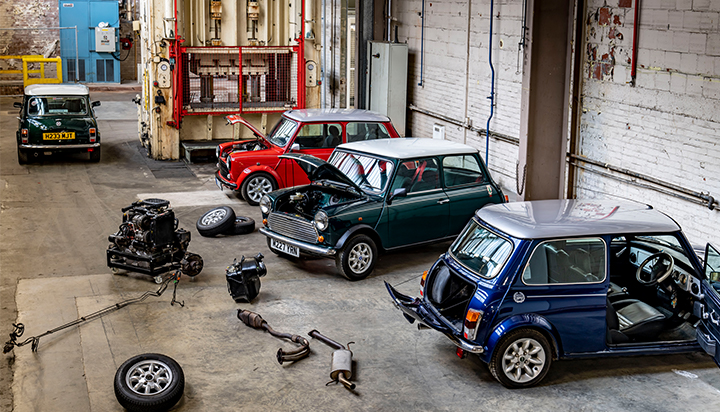 Classic Minis might not see their doors blown open – but electric motors are on the cards!

The idea started with the Mini team at its Oxford factory offering a service of taking old customer-owned Minis and giving them an electric feel and has now become an owner-adopted concept.

After its initial launch in 1959, the Mini met with enormous popularity, becoming synonymous with 1960s British culture and eventually gaining a huge cult following. Those responsible for the project have assured that they will not mess with what led to the car becoming so popular.

BMW Group has revealed that all of the changes to the conversion are reversible, but simply put, the petrol engine is replaced with an emissions-free transmission.

Minis are well-known for hurtling down roads at fast speeds due to their size and that doesn’t fade with the electric conversion – its battery pack can rocket the car to 62mph in just nine seconds.

Mini Recharged said the battery gives the car a range of around 100 miles on a single charge.

The classic car can be driven in central London with the conversion – ULEZ compliant – with no requirement for a new number plate.

Bernd Körber, Mini Brand Manager, said: “What the project team is developing preserves the character of the classic Mini and allows its fans to enjoy fully electric performance. With Mini Recharged, we connect the past with the future of the brand.

If you liked this story, you can sign up for our weekly email to Energy News Live – and if you want to learn more about the journey to net zero by 2050, you can also subscribe to the net zero future newsletter.