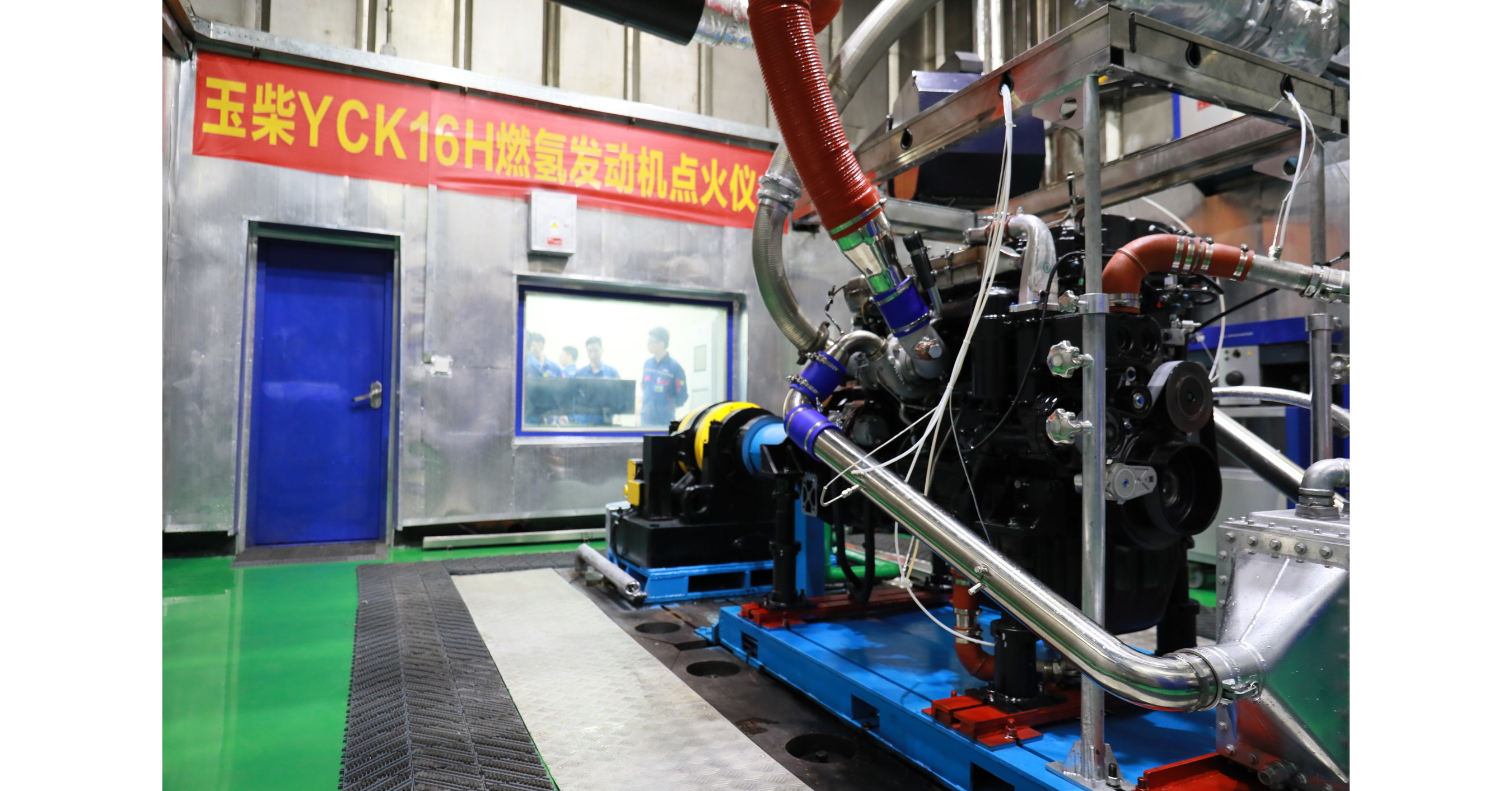 Li Hanyang, secretary of the party committee and chairman of Yuchai Group, turned on YCK16H. He said the field of new energy motors has developed rapidly in recent years. Yuchai, as a traditional motor manufacturer, has taken the initiative to adopt clean energy motors, made breakthroughs in clean energy engines, and supported China strategic goals of “carbon peak and carbon neutrality” with Yuchai’s responsibility and cocommitment.

The ignited YCK16H adopts advanced fuel high pressure common rail, in-cylinder high-pressure direct injection technology and dual-channel turbocharging technology, which can realize homogeneous combustion or in-cylinder stratified combustion as required, with higher power performance, higher thermal efficiency and better stability. The platform has great adaptability to fuel purity and can be adapted to fuels prepared by gray hydrogen, green hydrogen, methanol produced hydrogen and other means. Fuel supply can be freely combined according to user needs and basic conditions of fuel production, storage and transportation, providing a highly adaptable, flexible and controllable zero-carbon/low-carbon energy solution . To solve the problem of relatively low power per liter of hydrogen engines, Yuchai chose the YC16H platform, which has higher power but is smaller and lighter than similar products, and can be widely used in scenarios such as 49T tractors and other heavy trucks. utility vehicles and distributed energy sources.

Unlike other product platforms, the use of various alternative fuels places higher demands on engine reliability and adaptability. YCK16H adopts the independently developed intelligent control system and high-efficiency air management system, which can realize both equivalent ratio combustion and lean combustion, and can adjust the injection fuel pressure and the air intake volume according to different fuels, so as to effectively give play to the role of different fuels. It applies high reliability fuel injection system technology, electric drive closed recirculation technology and advanced exhaust gas recirculation technology to avoid the occurrence of problems such as difficult ignition and combustion. unstable in internal combustion engines fueled with ammonia. It adopts intelligent variable control technology, which can convert different fuels by adjusting the fuel system and intelligent control software without changing the main body of the engine, to reduce the development costs of car manufacturers and better meet the needs client.

The YCK15N natural gas engine developed on the basis of this platform is said to have completed the bench tests and road tests of the vehicle, and is expected to be put into mass production by the end of 2022. The results of verification show that YCK15N has higher reliability, the number of cylinder head low cycle fatigue cycles increases by 2.35 times, and B10 reaches 1 million kilometers. It adopts the industry’s first patented anti-icing technology of EGR system and crankcase system, and can still work normally at -40℃. It is cost-effective because it adopted the industry’s first TWC (three-way catalyst) + ASC (ammonia slip catalyst) + decarbonization technology, which means the endurance mileage of this product doubles, the lower gas consumption is at least 5% lower than that of similar products, and the torque is higher than that of similar products. This product will be widely used in high-end 6X4 tractors for main line logistics and standard load composite tractors in mountainous or upland areas.