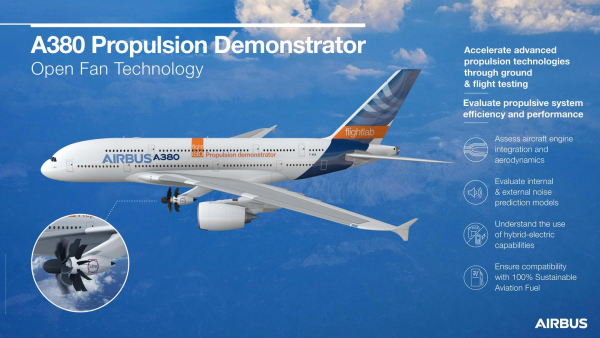 The open fan architecture is a key component of aircraft engine manufacturer CFM International’s “Revolutionary Innovation for Sustainable Engines” (RISE) technology development program (previously released), which aims to demonstrate and mature a range of new technologies for future engines that may enter service. around the mid-2030s.

Open fan technology will also be at the center of a major Airbus flight demonstration campaign to be carried out in collaboration with CFM in the second half of this decade. The joint demonstration program will use shared flight test resources. Tentatively, CFM is scheduled to perform engine ground testing, as well as flight test validation at GE Aviation’s Flight Test Operations Center in Victorville, California.

A second phase of flight tests will be carried out from the Airbus flight test center in Toulouse, France, in the second half of the decade. For these tests, the open-fan engine will be mounted under the wing of a specially configured and instrumented A380 testbed aircraft.

The joint objectives of Airbus and CFM for the demonstration of the open fan seal on the A380 are extensive. High-level objectives include: evaluating the efficiency and performance of open fan propulsion on an aircraft; accelerating and maturing technologies through ground testing; assessment of aircraft/engine integration and aerodynamics (thrust, drag, loads); and assessment of internal and external noise levels.

Prediction capabilities are key to finding the right design that meets both energy efficiency and acoustic goals (for communities around airports and also for passengers inside the cabin). Since CFM’s engine and wing are very tightly coupled, these capabilities must be developed in close collaboration.

Additionally, Airbus and CFM will work together to understand the use of hybrid-electric capabilities and ensure compatibility with 100% Sustainable Aviation Fuel (SAF).

Preparation of equipment for flight tests. However, before any of the above objectives can be studied, by the first demonstration flight in the second half of the decade, an intensive phase of preparatory engineering work is planned.

First we will need to determine the physical flight constraints, design and evaluations for the installation of the Flight Test Demonstration (FTD) engine. These will include: defining the pylon “aerodynamic lines” (i.e. aerodynamics and physical geometries), assessing loads, handling qualities and performance and preparing for modeling to support flight test analysis.

In addition, the pylon with engine mounts and mounting will be designed together to minimize the transmission of weight and vibration to the cabin, as well as the integration of the engine system. The structure of the fuselage affected by the impact of the propulsion system will also be studied.

Various aircraft systems will also need to be modified and preparatory tests performed to ensure that the behavior of the A380 flight test aircraft with an open fan engine installed can be fully understood for flight clearance and data validity.

Once all these activities are completed, we can move on to the next phase which is the physical fabrication and assembly of the aircraft modifications, including the new custom pylon. This will be followed by specific tests on the engine components to support the dossier necessary for the final authorization to fly the complete assembly.

Inside the aircraft, workstations will be installed to accommodate dedicated flight test engineers and technicians, who will monitor and measure the in-flight performance of the various mission system sensors installed. To this end, the aircraft will be heavily instrumented with hundreds of sensors, including microphones, accelerometers, static pressure sensors and cameras.

Open fan background. In the mid-1980s, GE developed and flight-tested the GE36 “Unducted Fan” (UDF) engine demonstrator. The GE36 UDF relied on a front fan driven by a dedicated turbine, while the rear fan was driven by another turbine that rotated in the opposite direction. 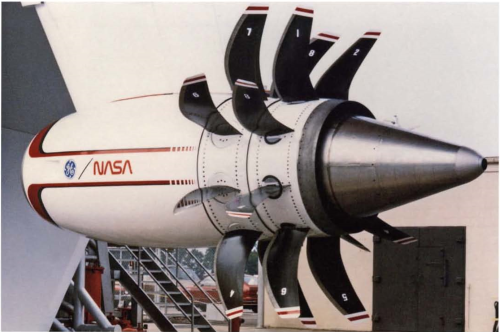 The GE36 UDF demonstrator on the ground test bench in 1985.

Fast forward to 2017, when as part of a European Clean Sky initiative, Safran developed a revitalized “Contra-Rotating-Open-Rotor” (CROR) concept and then tested it on the ground. Both the CROR and GE36 were pushrod (blades at the rear) configurations featuring two sets of fan blades that rotated in opposite directions. 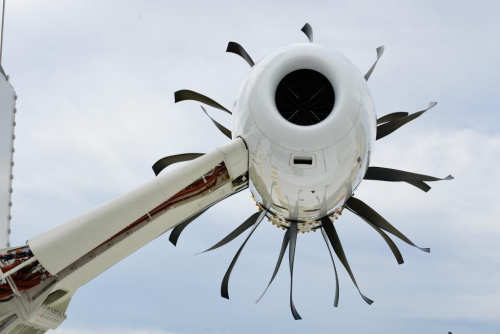 Based on CROR research, CFM’s Open Fan Demonstrator includes many improvements and simplifications. This is a puller setup (blades in front) where the rear blade set does not rotate. 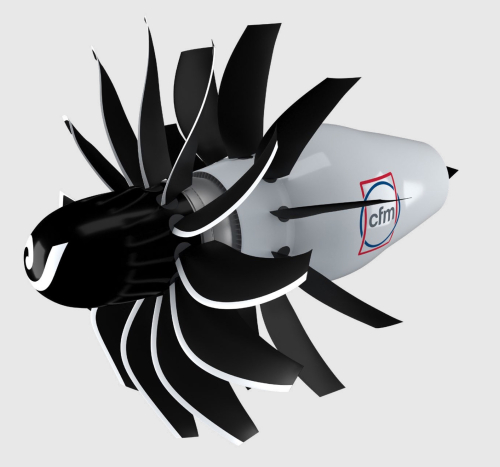 These rear blades are actually a set of variable-pitch “stators” that can effectively manipulate the thrust airflow generated by the rotating front assembly, while further reducing mechanical complexity, weight and noise. With this change, the engine can direct airflow to fly at speeds compatible with conventional turbofan engine architectures and provide an enhanced cabin experience for passengers.

With a CAGR of 22.15%, the residential energy storage market size will reach USD 37.9 billion in 2028, according to Brandessence Market Research