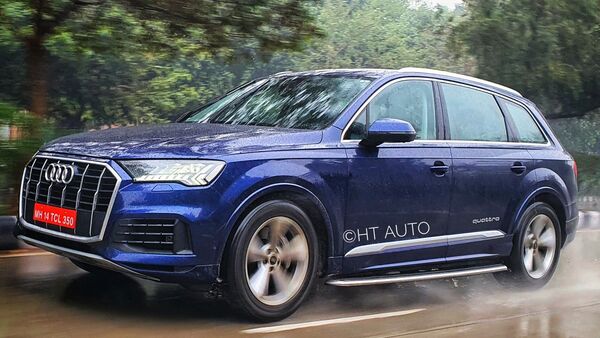 Audi Q7 is the flagship SUV in the automaker’s portfolio and this updated iteration of the Q7 is one of the brand’s key launches in 2022.

The German luxury car brand of the Volkswagen Group began receiving reservations for the SUV early last month for a fee of ₹5,000,000. Available in two different trim options – Premium Plus and Technology, the 2022 Audi Q7 facelift comes with a host of key changes.

Here are the key facts about the all-new updated luxury SUV.

The new Audi Q7 is powered by a new gasoline engine. It gets a standard 3.0-liter BS-VI-compliant turbocharged V6 TFSI petrol engine with Quattro all-wheel-drive system and an eight-speed automatic gearbox under the hood. This engine is capable of producing 340 hp of maximum power and 500 Nm of maximum torque, compared to 244 hp and 370 Nm of the previous engine. The engine allows this large luxury SUV to reach 100 km/h from a standstill in around six seconds and reach a top speed of 250 km/h.

The 2022 Audi Q7 facelift SUV comes with a host of cosmetic upgrades over its predecessor. The headlights feature Matrix LED units and new integrated LED daytime running lights. The LED taillights also have a redesigned appearance and receive a chrome treatment.

The 2022 Audi Q7 facelift SUV comes with a redesigned front grille with a chrome frame flanked by sharp headlights. Air intakes have been updated to larger sizes. The taillights also come in redesigned shapes. In addition, the SUV is fitted with new 19-inch alloy wheels.